Triple Group 1 winner Turn Me Loose, one of Australasia’s fastest and toughest milers, has been secured by Windsor Park Stud to stand at its Cambridge-based nursery this spring.

Studmaster Rodney Schick is understandably excited to have Turn Me Loose join the roster.  “I loved his outstanding looks and physicality when I first saw him and coupled with his cracking race performances, it just heightened my desire to have him in our stallion line-up.

A classic winning three-year-old, Turn Me Loose cemented his position at the head of the best milers of his generation with formidable Group 1 wins at Melbourne’s spring and autumn carnivals.

Timeform rated Turn Me Loose the equal highest colt of his generation at a Mile and ranked him higher than champion sires Savabeel and Thorn Park.  He retires to stud the winner of 7 races from 1200m to 1600m with earnings exceeding $1.70 million.

A juvenile winner at two, Turn Me Loose showed himself to be a class above his three-year-old contemporaries with a dominant three-length victory in the G1 New Zealand 2000 Guineas.

Sidelined for the remainder of his classic season after contracting travel sickness in Australia, he returned to racing as a spring 4yo with a winning hat-trick in the LR Seymour Cup, G2 Moonee Valley Crystal Mile and G1 Emirates Stakes.

Turn Me Loose (Iffraaj – Indomitable by Danehill) transitioned into a Group 1 winner at weight-for-age when successful in the G1 Futurity Stakes at Caulfield where he defeated 8 other elite winners.  “He’s one of the few horses I’ve had good enough to beat Australia’s best sprinter-milers,” trainer Murray Baker claimed.  “He’s a big strong horse who can run very fast sectionals.” 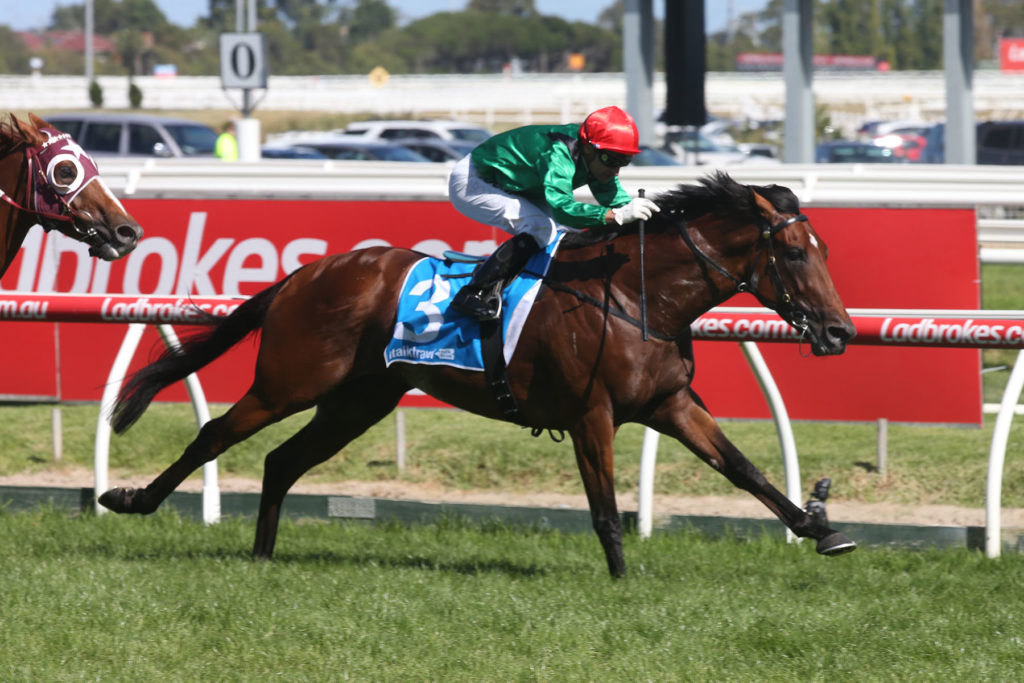