Westbury Park’s Phil Ibbotson can look forward to a successful season with Eeyore Wayz and Cliffs Of Comfort off their last-start wins at Belmont.

The lightly-raced 4yo sprinters doubled up on Saturday with the promise of better things to come for their connections.  Ibbotson sold Eeyore Wayz and Cliffs Of Comfort as yearlings through Magic Millions and has seen them build up combined career stats of 7 wins in 11 starts.

Eeyore Wayz is by Westbury Park sire My Admiration from Ascot winner Because I Said (Saxon) and he’s on a hat-trick at Belmont after a powerful finish in the Happy Birthday Ron Gajewski Hcp (1000m).

Serpentine trainer Misty Bazeley prepares him for Raquel Reid and jockey Clint Johnston-Porter has been on board from the outset.  “We’re pretty excited because he can only go higher from here,” Bazeley said.  “Raquel agists horses at our property and it went from there.  Clint told us we had a good horse during his first prep earlier this year.”

Cliffs Of Comfort stripped fitter for a first-up outing and was strong to the line in the Vale Marjorie Charleson Hcp (1200m).  “He’s a good doer and we’ve had to give him a couple of extra gallops to take the weight off,” co-trainer Ben Pearce revealed.  “Joey (Azzopardi) was able to get a breather behind the leader at the 600m and that made all the difference.

“It’s been a battle to get this far.  His part-owners Russell and Wendy Clark bought him as a foal but he needed a throat operation and then he fractured a pelvis as a yearling.”

Ibbotson bought his dam Miss Brandywine (Bernardini) out of Victoria and there was a WA connection through her older half-sister Le Plunge (Tobougg) who had won a G3 Champion Fillies Stakes at Ascot.

Miss Brandywine’s latest foal is a My Admiration 2yo filly named Dash Of Brandy.  The mare travels to Victoria next week for a cover to booked-out Darley stallion Blue Point (Shamardal).

Besides his yearlings by My Admiration, Ibbotson is assembling a strong team for the 2021 Perth Magic Millions Sale.  He bought colts by Impending ($50k) and Capitalist ($35k) at the Inglis Australian Foal Sale and added another $50k colt by Playing God from Countess Of Tiba (Second Empire) at last week’s Mungrup Stud Dispersal Sale.

Westbury Park stands My Admiration (Encosta De Lago) for a $4,400 (inc GST) service fee and Ibbotson can be contacted for bookings and further information on 0429 341 211. 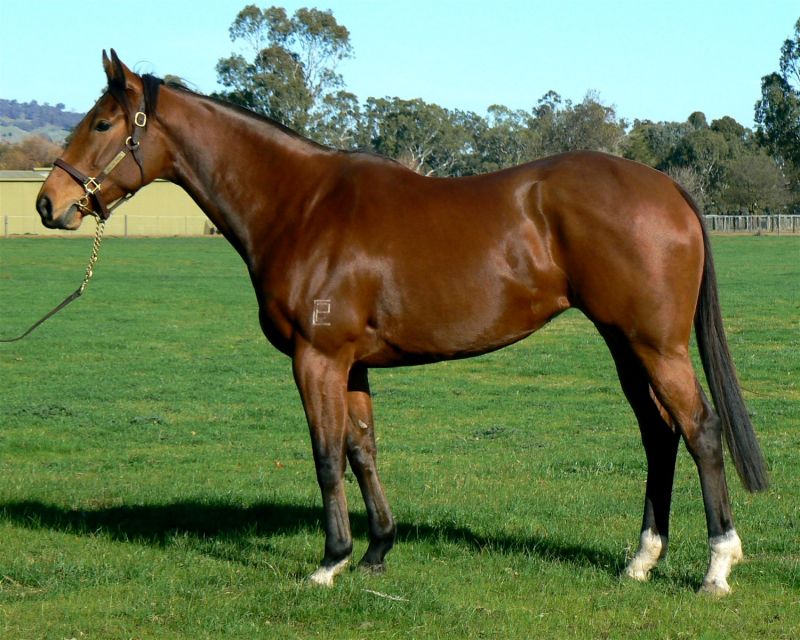