Star Silk (4g Star Witness – Majeed by Fastnet Rock) won twice for Jason Warren in Victoria before transferring to Chris Anderson in Brisbane. Shouldering 59.5kg less a claim for apprentice Jackson Murphy, he settled in the back-half of the field before powering home in the Gift a GCTC Membership for Xmas Hcp (1400m).

From an unraced half-sister to Toast Of The Coast (G2 Yallambee Classic), he was a $55,000 SMB graduate from Muskoka Farm at the 2016 Inglis Easter Yearling Sale.

Mr Monaco (4h Monaco Consul – Litter by Catbird) came from even further back than Star Silk to win the Ladbrokes Hcp (1800m). Jockey Jessica Payne had a lap full of horse before letting him loose approaching the home-turn.

Litter had won stakes races at Randwick and Eagle Farm and her Hillside winner was pin-hooked as a foal for $30,000 from Three Bridges Thoroughbreds at the 2015 Inglis Great Southern Sale.

The midweek double followed a debut victory by Hawker Hurricane in the Magic Millions 2YO Clockwise Classic (1000m) at Ballarat on Saturday. “He’s very green and it’s lucky I drew well because I was able to save ground,” jockey Mark Zahra said. “I just needed a bit of luck and he showed a good turn of foot in the clear.”

Hawker Hurricane is a son of first-season sire Deep Field and Mills bought his dam Bernarsini (Bernardini) carrying the Clockwise Classic winner, on behalf of Heath Newton, for $72,500 at the 2016 Magic Millions National Sale.

The Mike Moroney-trained colt was introduced to Magic Millions 2YO Classic markets at $15. His dam has a Super One yearling filly catalogued as Lot 916 for the Gold Coast Magic Millions on January 13.

Not A Single colt Dubious is an $8 pre-post favourite for the Magic Millions 2YO Classic on January 12. The G3 Breeders’ Plate winner is the first foal of Chantilly stakes-performer Suspicieuse (Elusive City) who was a €55,000 buy for SMB at an Arqana Bloodstock Sale.

Persuader (Zoustar) is another SMB graduate heading to the Gold Coast in January. A last-start winner of the LR Twilight Glow Stakes at Sandown, she is being set for the Magic Millions 3YO Guineas.

She is trained by Mick Price for Mills and Newton after making $360,000 at the 2017 Gold Coast Magic Millions. Her dam Fast Talker (Fastnet Rock) is from the family of Golden Slipper winner Crystal Lily. 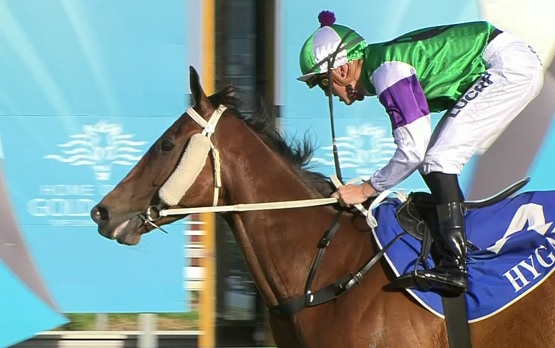