Chatswood Stud presents the first yearlings by its exciting new sire Inference at the Inglis Melbourne Premier Sale this Sunday.

Inference was the first Australian Group 1 winner by Cox Plate hero So You Think (High Chaparral) when he stormed home in the 2017 Randwick Guineas (1600m).

The Team Hawkes colt had won a juvenile maiden at Ballarat before training on at three for a Group 1 placing in the Victorian Derby.  Transferred to Sydney, he came from last to double up for the High Chaparral sireline in the Randwick Guineas.

Dundeel (High Chaparral) had won the 2013 edition and he stands for a $66,000 service fee at Arrowfield Stud.

“He’s a superstar,” co-trainer Michael Hawkes said as Tommy Berry brought Inference back to scale at Randwick.  “He wasn’t ready today but he just doesn’t know his own ability.”

Chatswood Stud owner Greg Willis is confident buyers will also take a shine to the first yearlings by Inference.  “We can’t wait to show them off at Oaklands,” he said.  “The colt from Road To Rio (pictured) is a stunning individual.  And we also have two other classy colts and two beautiful fillies by him.”

The colt out of Road To Rio (Lot 290) is the first foal from a half-sister to First Among Equals who was a multiple Stakes winning sprinter in Melbourne and Perth.  Second-dam Pride Of The Class (NZ) won a G3 Desert Gold Stakes at Trentham.

The Inference – Lickety Lemon colt (Lot 138) is from an imported Canadian Stakes winner who has foaled two winners from two to the races.  His pedigree has Group 1 winners right down the page in North America and Europe.

The Seymour nursery also has a chestnut colt by its prolific winner-getter Reward For Effort (Lot 773) and they sign off the Showcase session with (Lot 786), a half-brother to 6 winners from the first Australian crop of Galileo’s champion son Highland Reel. 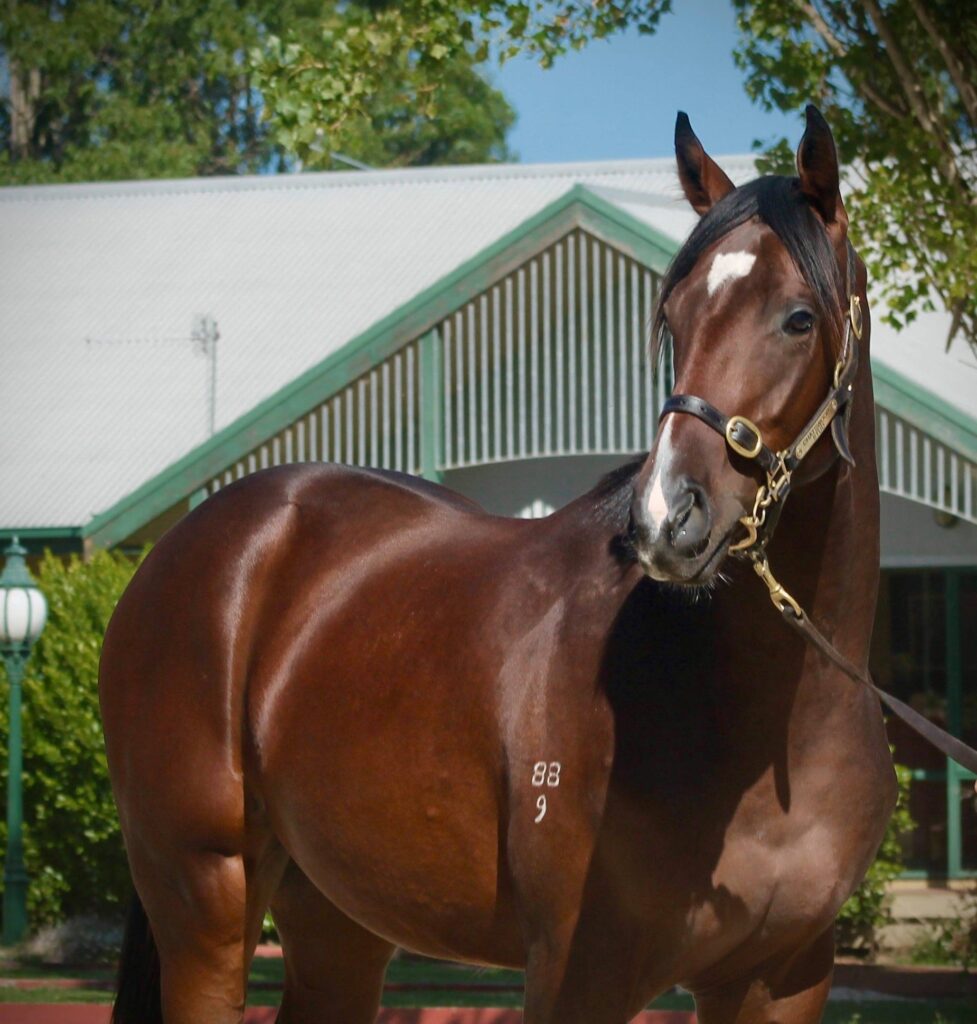