First to parade on Sunday is the Zoustar – Humma Mumma filly (Lot 87) who received another timely update at Bendigo on February 13 when her older half-sister Tycoon Humma (Capitalist) won on debut in the Academy Uniforms 2YO Plate (1000m).

The John McArdle-trained filly was a $240,000 buy from Flinders Park at the 2020 Melbourne Premier and that looked like money well-spent after she overcame interference and cruised clear for a two-length victory.

Flinders Park (pictured) has also catalogued a first-crop filly by Godolphin’s Group 1 winning sprinter Impending on Sunday.  Catalogued as Lot 168, she is out of Moonee Valley winner Marli Magic (Host) from the family of Champion Singapore 3YO Recast (Thunder Gulch).

Marli Magic’s current 2yo is a colt by Maurice (Jpn) with Cranbourne trainer Julius Sandhu.

Tuesday’s draft includes another Premier-quality yearling in the shape of the Cable Bay – Cianara colt (Lot 555).  His dam was a Stakes winner at Flemington and her Palentino filly was purchased by Ciaran Maher at last year’s Melbourne Premier.  She has been named Talantino.

Flinders Park has four lots entered for the Showcase Session including the Thronium – Probationary colt (Lot 681).  He’s a half-brother to promising Sydney sprinter Patrolling who won his first two starts during a short spring prep for trainer Joe Pride.

Patrolling (Epaulette) has been nominated to resume his second campaign this Friday night at Canterbury. 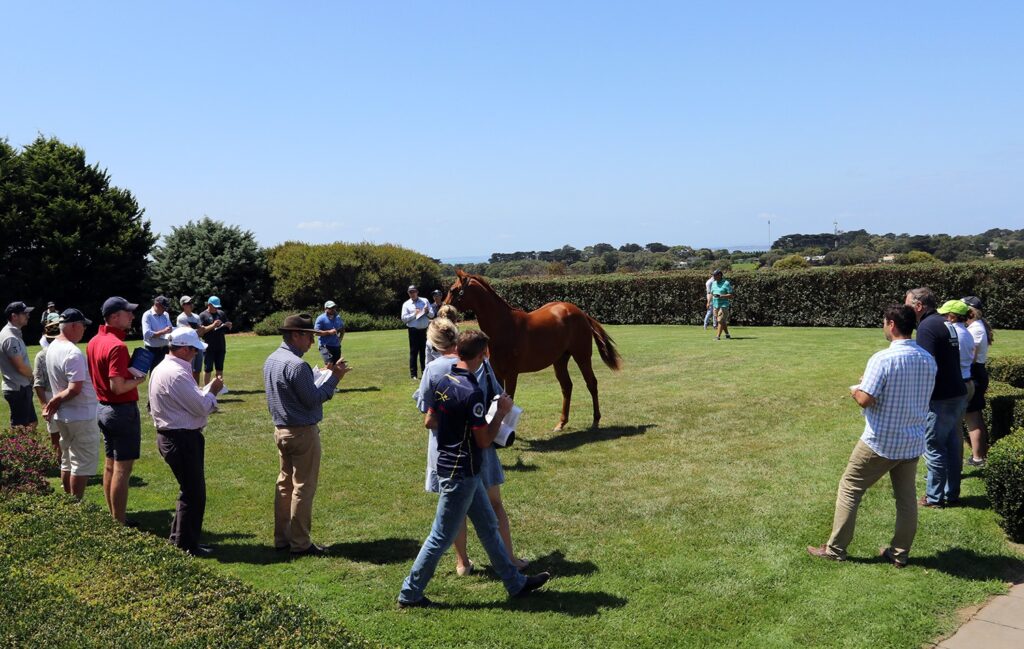