Champion mare Winx will be spelled with a third Cox Plate victory a spring goal after another sizzling win in the G1 Queen Elizabeth Stakes (2000m) at Randwick.

A big crowd went into raptures when the superstar pulled well clear of her rivals to score by five lengths in the $4 million feature on Saturday.  It was her 17th win a row and her 12th at Group 1 level.

“She makes me look like a genius,” trainer Chris Waller said.  “It’s a huge privilege and she will go for a well-deserved holiday now.  She will stay in Australia until the Cox Plate and then we will work it out after that.”

The Street Cry mare, who was purchased by connections for $230,000 at the 2013 Gold Coast Magic Millions, has earned over $12.89 million and is the second highest stakes earnings horse in Australian racing history behind Makybe Diva.

Bred by John Camilleri at Fairway Thoroughbreds, Winx was sold through the draft of Coolmore Stud and was knocked down to Peter Tighe’s Magic Bloodstock.  He races the mare in partnership with Richard Treweeke and Debbie Kepitis.

Winx’s dam Vegas Showgirl (Al Akbar) also emerged from the Magic Millions Gold Coast sales ring.  She was sold as a broodmare prospect for $455,000 to Fairway Thoroughbreds in 2008 and has also produced the Group 3 winner El Divino (Snitzel). 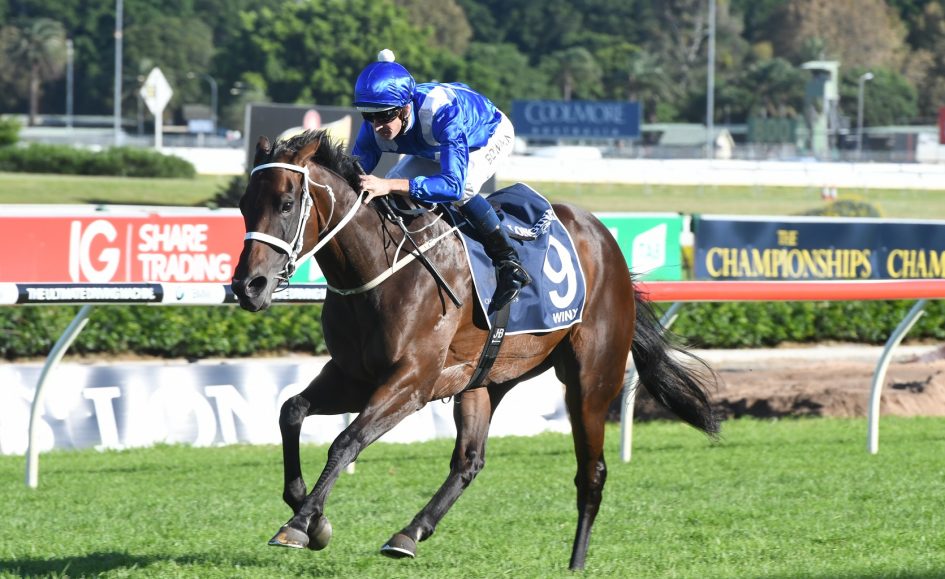