Winx produced another stunning finishing burst to stretch her record to 19 wins in a row at Randwick on Saturday.

The champion mare came from well off a cracking pace set by Red Excitement to claim the G2 Chelmsford Stakes (1600m) as a $1.09 favourite.  She made up a half-dozen lengths in the straight while reeling in the leader under a hands-and-heels ride from Hugh Bowman.

Racegoers were again searching for superlatives after the world’s top rated turf galloper recorded a one-length victory.  “That was very exciting,” trainer Chris Waller said.  “They tried to break it up and, with 400m to run, I was more concerned than I was first up.

“It’s hard to gauge when you’ve got a horse free rolling like that today.”

Winx jumped on equal terms second-up, unlike her previous start in the Warwick Stakes when she left it late to collar Foxplay.  Waller said her next assignment will be the G1 George Main Stakes (1600m) at Randwick in a fortnight.

The daughter of deceased Darley champion Street Cry was purchased by connections for $230,000 from Coolmore Stud at the 2013 Gold Coast Magic Millions.  Her prizemoney haul has now raced past $13.18 million.

Winx has levelled up with Street Cry champion Zenyatta who also won 19 in a row before losing the 2010 Breeders’ Cup Classic in her farewell performance at Churchill Downs.  “You need someone like Hugh making the right decisions at the right time,” Waller stated.  “He summed it up and didn’t panic.  That was amazing from horse and rider.” 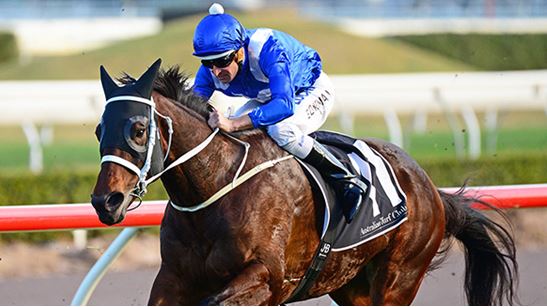