Yarradale-bred mare Samiam Seussie slipped under the radar with a last-start win at Trentham in New Zealand.

The Tony Pike-trained import claimed a Benchmark 65 over 1600m during the recent Group 1 meeting for the Telegraph Hcp.  Her only other win was a Canterbury nursery in May 2020 for trainers Richard & Michael Freedman.

The form out of that 2yo maiden has held up.  Runner-up Ballistic Lover (Smart Missile) went on to Listed victories in Sydney (ATC Denise’s Joy) & Melbourne (MVRC Norman Carlyon),

Samiam Seussie (4m Hinchinbrook – Bippo No Bungus by Dubawi) had been working up to a mile at her fourth run back after crossing the Tasman.  “The step up in distance benefited but she was caught three-wide without cover from the wide gate,” Pike said.  “Her work had been pleasing and warranted the trip to Trentham.”

Bred by Yarraman Park in partnership with Yarradale, Samiam Seussie had been targeted by the Freedmans for $200,000 at the 2019 Inglis Easter Yearling Sale.

Her dam Bippo No Bungus was raced by Yarradale’s Ron Sayers and Geisel Park’s Eddie Rigg in partnership with Ian Loxton, Ken Hunter and Dean Cox.  In November 2012, she was runner-up to Rigg’s Fuddle Dee Duddle (Red Ransom) in the G3 Champion Fillies Stakes and followed up with a nose loss to visiting Darley raider Academus (Lonhro) in the G2 WA Guineas.

A deserved Listed breakthrough came in the 2013 Starstruck Classic at Ascot and that was followed by another black-type second on a road trip to Melbourne for the G2 Sunline Stakes at Moonee Valley.

Bippo No Bungus is a half-sister to G2 Queensland Guineas winner Torio’s Quest and she was the 65th Stakes winner by Dubawi in the Starstruck.  The Darley champion has improved that stat to a current-day total of 221 Stakes winners.

Her first foal Lubuk (I Am Invincible) won twice at Doomben for Chris Waller.  Samiam Seussie arrived a year later but the mare has since drawn a blank at stud for Yarraman Park. 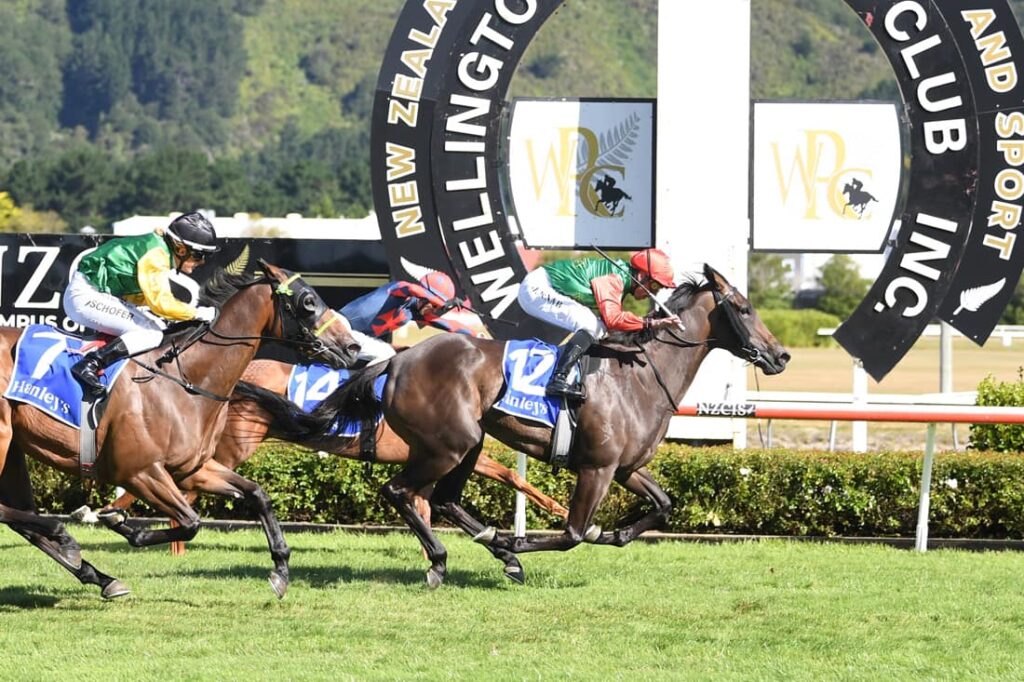