Running second to Snitzel is as good as a win in most seasons and even more so when you’re a young sire like All Too Hard matching it with one of the best of the modern era.

Snitzel has soared past all the old records with prizemoney over $27.7 million this season.  As recently as 2010, his own sire Redoute’s Choice reigned with one-third of those earnings on $9.1 million!

The Arrowfield champion is also highballing on top of the Australian 3YO premiership with 69 individual winners from Vinery’s rising star All Too Hard in second spot on 54.  It’s his first crop in the classic division and he holds a slim lead over established stallions Fastnet Rock (53) and I Am Invincible (52).

All Too Hard started June with four winners in three days with Dawn Dawn most impressive at Rosehill on Saturday.  The Team Hawkes filly tracked the speed before skipping clear in a Benchmark 76 over 1200m.  “We just needed a bit of a gap and as soon as she saw it she darted straight through,” veteran jockey Robert Thompson said.  “It was a very strong win.”

Dawn Dawn (3f All Too Hard – Dawned by One Cool Cat) earned $75,875 in prizemoney and BOBS bonuses for Boggabri-based owner-breeders Rob & Pam Crosby.  Her dam was bred by Sir Patrick Hogan and is a half-sister to Beat The Fade (Emancipation Stakes Gr.2) and Dawn Till Dusk (Cuddle Stakes Gr.3).

“Robert’s riding as well as anyone in Australia,” Michael Hawkes claimed.  “This filly will make her way through the grades over winter but she’s going to be good in the spring, and really nice in the autumn.”

All Too Hard stands for a $33,000 (inc gst) fee at Vinery and he’s value at that price in the wake of results at the Magic Millions National Broodmare Sale last week.  The More Than Ready full-sisters Madame Lily and Bollinger Rose were sold in foal to All Too Hard for $725,000 and $575,000 respectively. 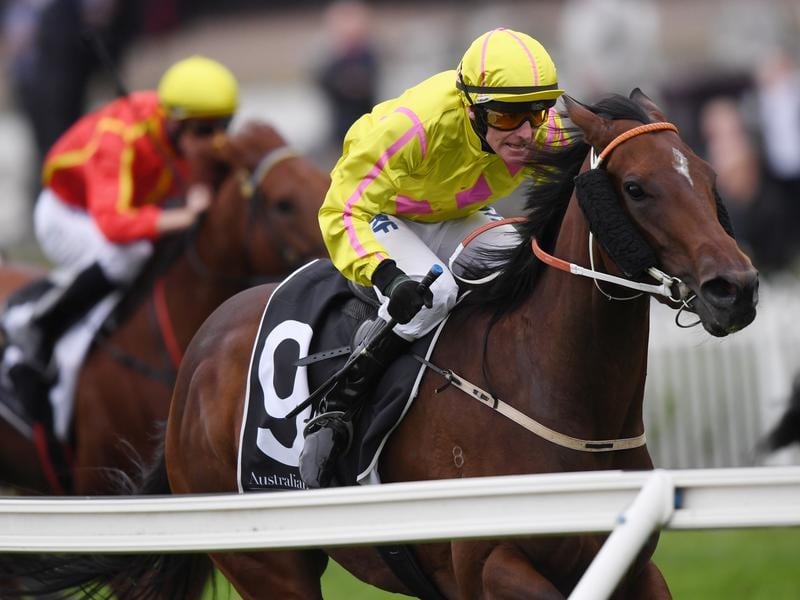