Team Hawkes are past masters switching horses between Sydney and Melbourne and that strategy paid off with stable newcomer Bandersnatch on Saturday.

Bandersnatch had won four races in Sydney and surrounds for Gerald Ryan before connections opted for a transfer earlier this season.  The Casino Prince gelding appreciated going anti-clockwise for the first time to win the Ladbrokes Back Yourself Hcp (1200m) at Moonee Valley.

“He came to us in good order and is an easy horse to train,” Wayne Hawkes said after apprentice Will Price produced the winner with a late burst.  “It was a good win and a cool-headed ride by Will.  He didn’t panic and waited for the gap to appear off the corner.”

Bandersnatch (4g Casino Prince – Divine Faith by Falbrav) was burdened with lots of lead in the saddle.  He was handicapped at 57kg and Price weighed in at 45kg on Saturday.

“There was plenty of speed in the race and he settled into a good rhythm,” Price reported.  “I was comfortable down the side and followed Michael Dee into the race on the home turn.  I came off his back and then balanced up before finishing off.”

Bandersnatch cost $42,000 at the 2018 Inglis Classic Yearling Sale from Amarina Farm and has now banked $286,680 including BOBS bonuses of $45,000.  He’s from an unraced half-sister to the dam of Testa Rossa stakes performer Flying Tessie.

Casino Prince stands for a $5,500 (inc GST) fee at Vinery and he maintains a world-wide 72% winners-to-runners record.  It’s even better in Singapore with 19 winners at an 86% strike-rate.

Royal Pavilion (5g Casino Prince – Military Blonde by General Nediym) notched his latest win at Kranji with a one-length victory over Hard Too Think (All Too Hard) in the Gilt Complex Stakes (1600m) on November 21.

Trained by Michael Clements for Tivic Stables, he was a $50,000 buy from Vinery at the 2017 Inglis Melbourne Premier Sale.  “I spoke with the owner about stepping him up to a mile,” Clements said.  “He had been running on strongly over 1200m so we rolled the dice and he duly obliged.” 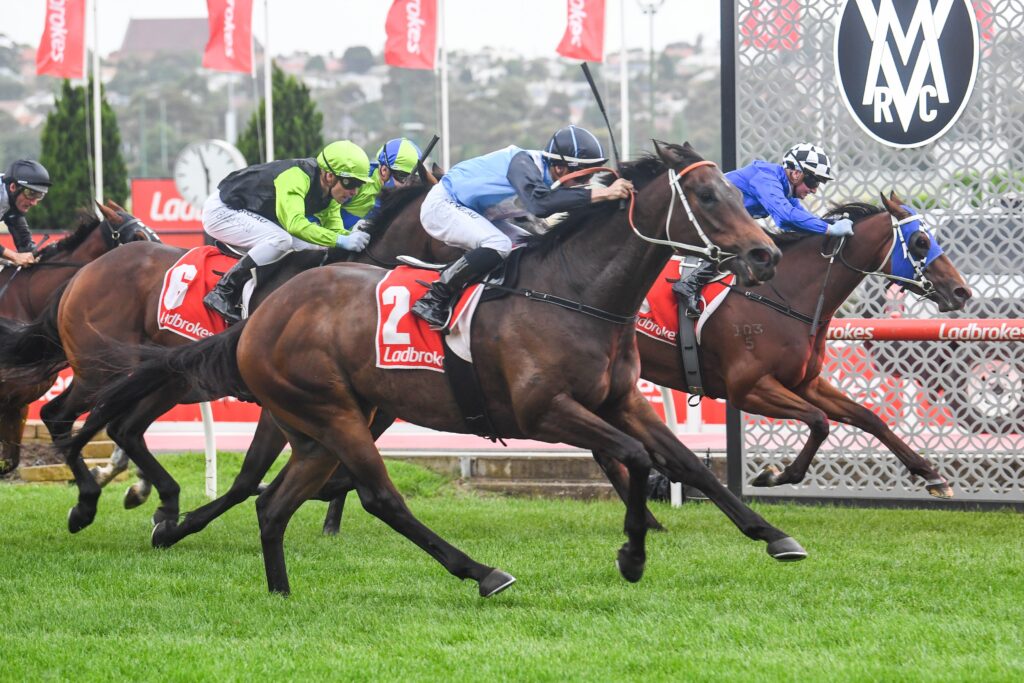