WA buyers sourced 8 lots at the Magic Millions 2YO Sale on Tuesday and there was also an All American that looked the part on the Gold Coast.

Geisel Park sire All American topped that lot with an $80,000 gelding offered by Shaun Nolen of JCS Thoroughbreds (as agent).  A well-built individual (pictured), he tips the scales at 520kg and impressed when breezing a comfortable furlong in 10.61s at Seymour last month.

“He’s a solid type already and will continue to thicken out,” Benalla-based Nolen said.  “He didn’t blow me away at the beginning but kept maturing and improving as he progressed through the sale prep.  You need to have the right product to bring to market and he was the right product.”

Like many of the Magic Millions Sale graduates, he will likely head off-shore and it’s worth noting winning bidder Andrew Williams Bloodstock has close ties with Lindsay Park trainer David Hayes who recently relocated to Hong Kong.

Hayes trained All American (Red Ransom) who was rated one of the most precocious 2yo colts in the stable.  “He was outstanding winning the (G3) Skyline Stakes,” Hayes recalled.  “And he trained on at four to beat So You Think in record time in the (G1) Emirates Stakes at Flemington.”

His Magic Millions 2yo is from Champagne Sisters (Anabaa), a winning half-sister to Rutherford Eagle (LR Gosford Classic) and the dam of Ready Set Sail (G3 VRC Thoroughbred Breeders Stakes).

His first Westspeed 2yo crop jumped the blocks with an unprecedented three individual winners before Xmas this time last year and Kallaroo added black-type caps in the LR Fairetha Stakes at Ascot last Saturday. 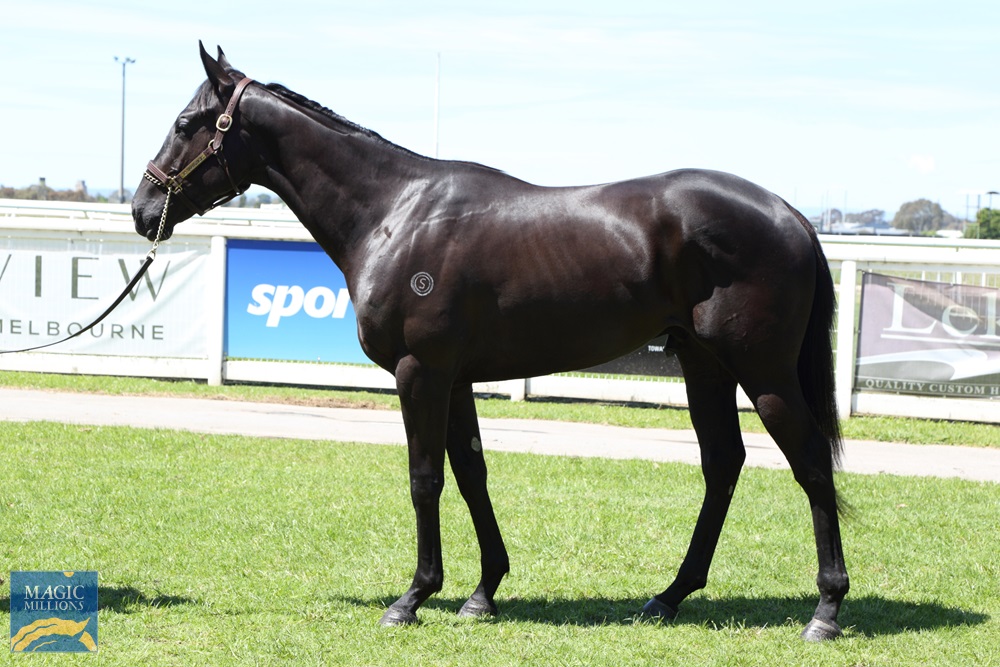