Vinery partner Greg Perry savoured a spring carnival to remember in Melbourne before switching to Sydney where Ruddock lit up Friday night’s meeting at Canterbury.

Perry bred and sold Ruddock for $500,000 through Vinery Stud’s consignment to the 2019 Gold Coast Magic Millions and the lightly-raced gelding began paying that back in the Cyren Seafood Maiden (1550m).

“What a buzz.  It’s my birthday but there was some pressure,” trainer Annabel Neasham admitted.  “Two new part-owners bought in this week and they’ve come down from Byron Bay.  He’s still raw but it was a super ride by Nash (Rawiller).  He was able to slacken the speed in front and they won easily.”

Ruddock was a firming $1.65 favourite and became the first city winner for Neasham in NSW.  “He was positive from the gates and I didn’t want to hand over the lead,” Rawiller reported.  “He sweated up with the delays at the barrier but he used that nervous energy to finish off like a nice horse.”

The 3yo son of Written Tycoon is a half-brother to 2018 Victorian Oaks Gr.1 winner Aristia (Lonhro).  Perry, who operates under Greenwich Stud, bred them both from his Sunline Stakes Gr.2 winner Nakaaya (Tiger Hill).

Greenwich Stud added another Flemington classic winner to its honour-roll when Johnny Get Angry (Tavistock) claimed the Victoria Derby Gr.1 on October 31.  Perry bred him from Zabeel mare Luminova.

Ruddock is the latest big-ticket graduate to make the grade from Perry’s exclusive list of broodmares that are covered by Vinery sires and other leading stallions based in the Hunter Valley and New Zealand.

He was also a member of the Vinery partnership that bred and sold Exhilarates for $600,000 at the 2018 Gold Coast Magic Millions.  The Snitzel mare has returned over $2 million for Godolphin following her fourth Stakes victory in the MSS Security Sprint LR on Melbourne Cup day.

The catalogue for the 2021 Gold Coast Magic Millions has been released with 22 yearlings entered by Vinery and its clients.  Like Ruddock, the first to parade with the Big V brand on January 12 is a Written Tycoon colt from Afleet Esprit (Thousand Guineas Prelude Gr.2) offered on behalf of Vinery partner Alan Green and Brian Singer. 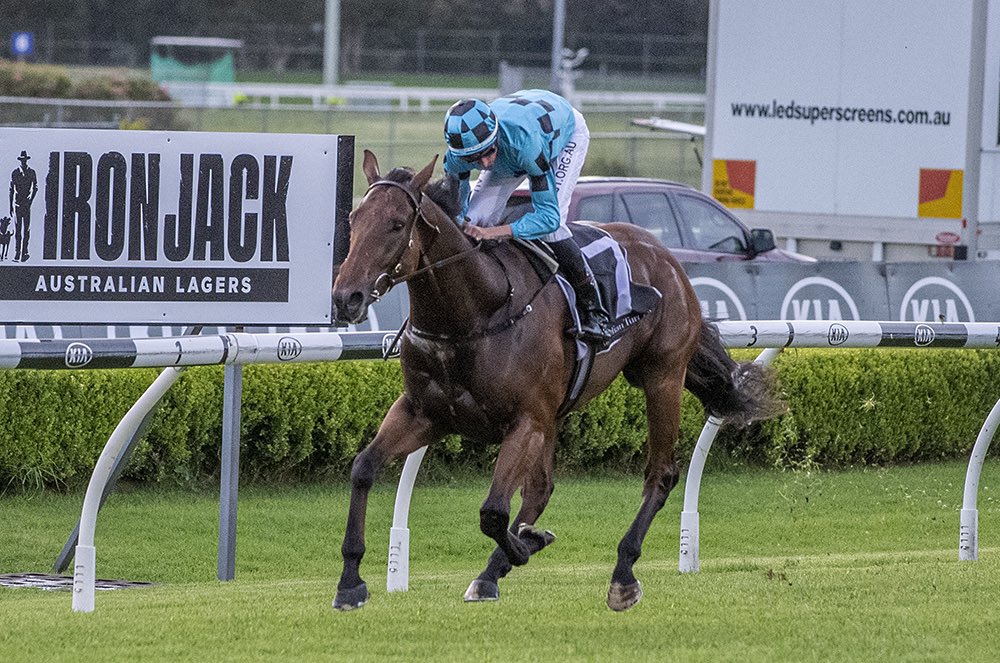