Muchea trainer Justine Erkelens is hoping her Fastnet Rock mare Miss Barley will find a new home after being passed-in at the Inglis Chairman’s Sale on Friday.

Miss Barley is hot property after her Adelaide-based sprinter Gytrash (pronounced ‘gee-trah’) won the G1 Lightning Stakes (1000m) at Flemington in February.  He returned home to win the G3 Irwin Stakes (1100m) at Morphettville last month and is the $3.20 favourite for the G1 Goodwood (1200m) next Saturday, May 16.

“The bidding stopped not far from a $200,000 reserve,” Erkelens said on Saturday morning.  “She missed last year and boards nearby at Scenic Lodge.  If not sold, I will send her to Blue Point at Darley Victoria.”

Blue Point (Shamardal) stands his first season at a $44,000 fee after a Group 1 winning career in the Diamond Jubilee and King’s Stand Stakes (twice) at Royal Ascot and Al Quoz Sprint in Dubai.

Erkelens owns Miss Barley in partnership with New Zealander Murray Tew who is currently working in South Africa.  They bought her for $4,000 in foal to Demerit at the 2017 Perth Winter Sale when Gystrash was still six months away from racing for trainer Gordon Richards.

Originally a $350,000 buy for Patinack Farm at the 2008 Gold Coast Magic Millions, she would retire unraced but had residual value being a half-sister to stakes winner Strawberry Storm (Thunder Gulch) from a family rife with black-type.

“She throws nice foals,” Erkelens said.  “The Demerit is a lovely filly so I went back and bought her older half-sister by Rubick at the 2018 Perth Yearling Sale.

“The Rubick is a 3yo filly called Outlaw Miss.  She’s a solid type and ran in a couple of trials last year.  The Demerit has been named Pouakai and she’s another we’ve given more time.”

Two other WA owned mares passed-in at the top-end of the market were the Peters Investments duo Celebrity Dream and Candyland.

Candyland (Tavistock) was passed-in for $700,000 with a PPT to Pierro.  She is an unraced half-sister to Hong Kong Horse of the Year Werther and last week’s Australian feature winners Toffee Tongue (G1 South Australian Oaks) and Gobstopper (Warrnambool Galleywood Hurdle).

“I’m not usually in the business of selling these sorts of mares, but it is part of a necessary stock management programme,” Peters said in the lead-up to the Chairman’s Sale.  “I have also made a conscious decision to focus on my own six or so pedigrees for breeding.”

The Inglis Chairman’s Sale defied the global trend of the COVID-19 inflicted economic downturn with some extraordinary results.  Dual Group 1 winner In Her Time (Time Thief) topped the virtual sale leaderboard at $2 million and there were remarkable returns for turnover ($21.92 million) and average ($429,804). 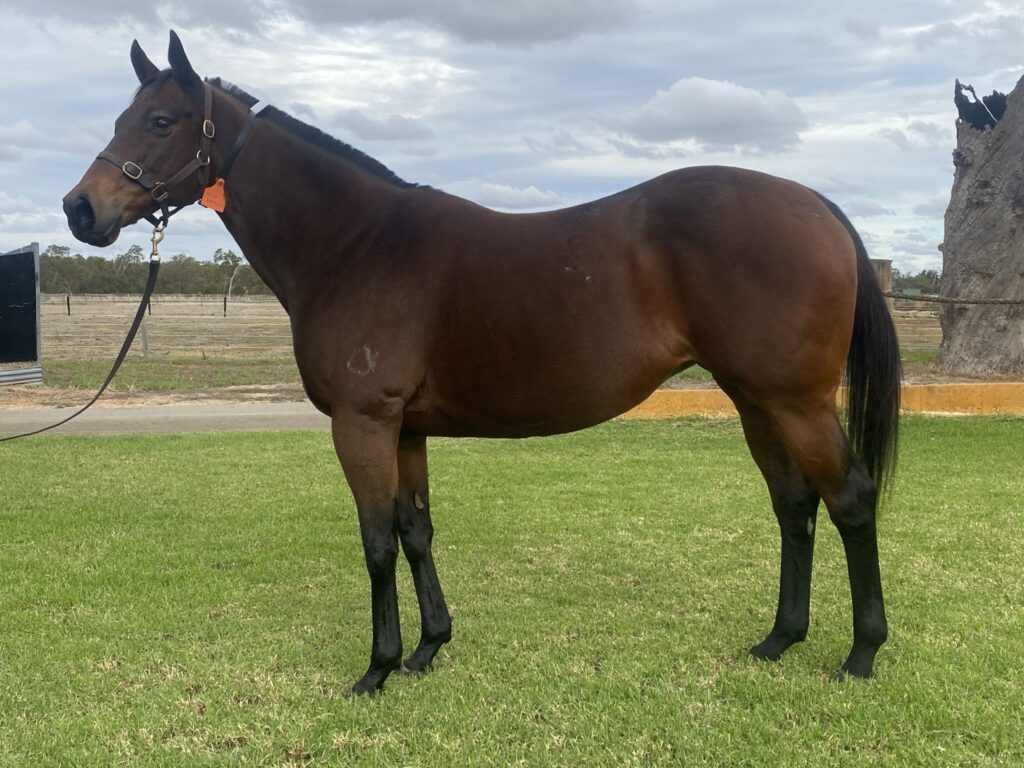