Vinery Stud achieved its best ever result at public auction when More Than Ready mare Samaready changed hands for $1.80 million at the Inglis Chairman’s Sale on Friday.

Samaready was knocked down to Coolmore Stud’s Tom Magnier at a deserted Riverside Stables.  A Group 1 winner of the 2012 MRC Blue Diamond Stakes and 2013 Moir Stakes in Vinery silks, she was sold in foal to Snitzel.

The virtual sale was another enormous success at the top-end of the industry for Inglis and Vinery legend More Than Ready who topped the sire leader-boards for turnover ($2.83 million) and average ($708,750) for more than three lots sold.

“It’s sad to see her leave the farm,” Vinery Stud general manager Peter Orton said.  “She’s a wonderful mare and got the price she deserved.”

Magnier will welcome her Snitzel foal in August and it will be a full relation to Magic Millions 2yo Classic winner Exhilarates.  “Samaready ticks every box,” he said.  “She was a great race mare, she’s a great physical, she’s got the pedigree and she’s proven.  She’s ideal.”

Vinery (as agent) also sold Vienna Classic (Snitzel) to NZ agent Paul Moroney for $275,000.  She’s also due in August to Capitalist and is from a precocious family of stakes winners going back to Forensics (Golden Slipper Stakes Gr.1).

More Than Ready had four mares fill out his sale-high turnover.  Apart from Samaready, Happy Hannah (PPT Zoustar) was purchased by Hall of Fame Bloodstock for $560,000, Grey Queen (PPT Lope de Vega) is heading to Grandlodge Capital in Victoria for $275,000 and Romantic Moon (PPT Shalaa) is also Victoria-bound to Joe Hirsch for $200,000.

“It’s a new world and I just love in this industry how enthusiastic and resilient it is and how people are embracing this new concept of virtual and online selling,” Orton said.  “For the stability to still show through under a pretty dire global situation has been fantastic.”

The Chairman’s Sale follows news More Than Ready’s exciting 3yo Holy Mongolemperor has been sold to Hong Kong.  The Murray Baker and Andrew Forsman-trained colt had been a leading classic contender before spiking a temperature that derailed his campaign for the New Zealand Derby Gr.1 in March. 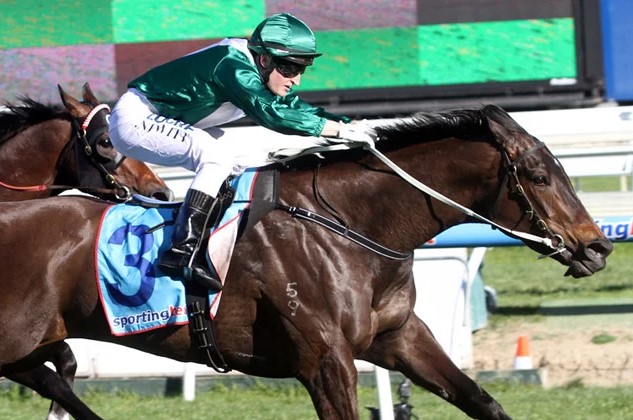