The 3yo colt looked a class above his rivals when facing the starter for the first time in the TABtouch Maiden (1000m) at Bunbury on Sunday.  He cut the breeze outside the leader and cleared out to score by three lengths from Hariasa (Safeguard) and De Place (City Place).

“We’re tossing up about his next start as there aren’t a lot of options that suit him at this stage,” Dupre said.  “We let him develop because he was still immature last season and being patient is starting to pay off now.”

Mood Swings was bred by Yarradale Stud in partnership with Waldeck Farms.  He took time to furnish and was held over as a yearling until the 2018 Perth Winter Sale when Dupre bought him for $7,000 on behalf of owner Barry Evans.

He’s the first foal of Scarlet Storm (Commands) and her final foal is a 2yo colt by Gingerbread Man that was purchased as a weanling by Lauren Ho.

War Chant (Danzig) sired a winning treble at Ascot last Wednesday with Bombardment, Burning Magic & Wild Front and followed up with Sir Mambo there on Saturday.

He also introduced a pair of promising trial winners at Belmont last week.

Melody Manor (2f x Galena Manor by Grand Lodge) races for Frank and Coreen Maynard after being passed-in from Yarradale’s consignment to the 2019 Perth Magic Millions. 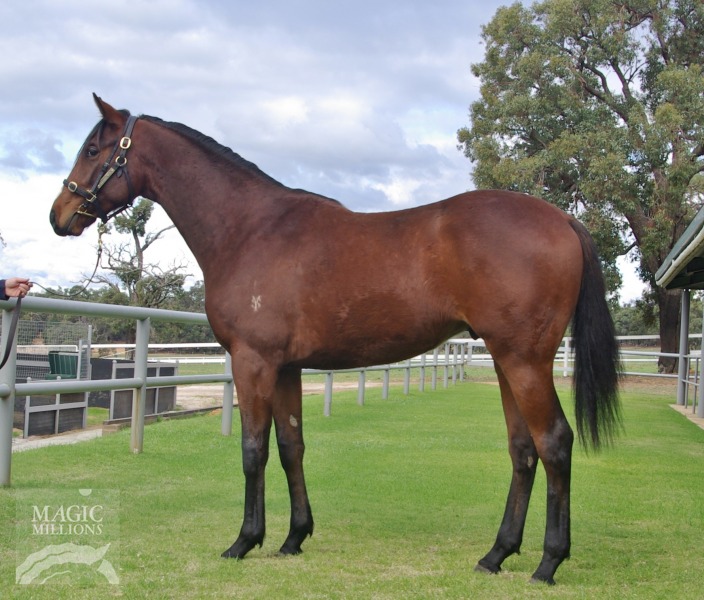