Arran Bay signalled he will be a player for the All Too Hard spring team following a first feature victory in Saturday’s VRC Silver Bowl Final (1600m) at Flemington.

The promising 3yo is an untapped talent but trainer Phillip Stokes admits he’s far from straightforward.  “He’s been doing a lot of things wrong and can only get better.  He was backing-up today and did a great job considering the circumstances.”

Arran Bay (3g All Too Hard – Stolen Girlfriend by Canny Lad) sat three-wide without cover and was wayward in the straight but ran through the line to score by a long-head over Cardinal Gem (Choisir).  It was his first success since a running double at Morphettville last November.

“I’m very happy for the owners,” Stokes said.  “He should have won a couple more races and will just keep improving after a break.  We will bring him back for the latter part of the spring.”

Arran Bay is a half-brother to Hong Kong winner Hurry Hurry Gain (Press Statement) and VRC Poseidon Stakes (LR, 1400m) winner One For One (Duke Of Marmalade) who was also a multiple winner in Hong Kong.

All Too Hard’s triumvirate of Australian Group 1 winners gives the Vinery sire a formidable front-line for the spring carnivals starting with Behemoth who is aiming for a Group 1 hat-trick in the $1million Memsie Stakes (1400m) at Caulfield on August 27.

“The Memsie has been a very good race to him,” trainer David Jolly said.  “He’s suited by the softer surfaces at that time of year and the weight-for-age conditions over 1400m.  We will give him the usual lead-in at home before going across to Melbourne.”

No horse has won three Memsie Stakes since Lord (Targui) claimed four in a row between 1958 and 1961.

Multiple Group 1 winning mare Forbidden Love will lead the All Too Hard line-up in the Harbour City.  Trainer Michael Freedman has floated the idea of a slot in the $15million TAB Everest (1200m) at Randwick on October 15. 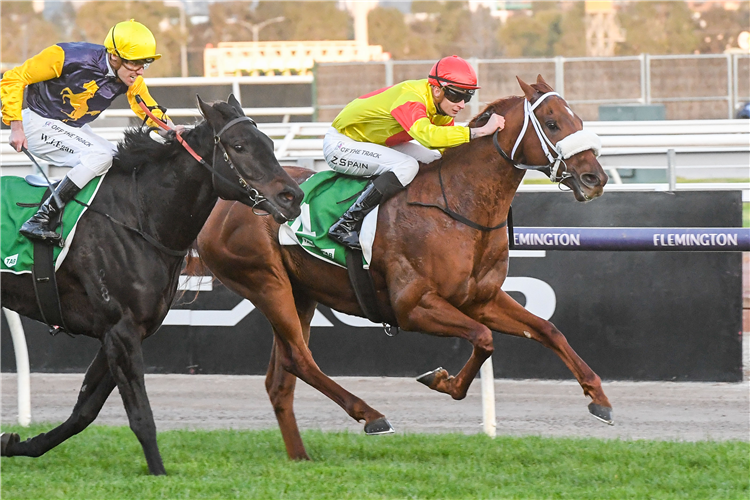