Riva Del Sol is Spanish for ‘River Of The Sun’ but that was hardly an omen tip for the Press Statement filly on a Heavy 10 at Rosehill on Saturday.

Nevertheless, Riva Del Sol defied the rain-gods in the Bisley Workwear Hcp (1100m) which was the last of five races run before stewards called off the meeting citing safety concerns.

Parked in behind the speed, Riva Del Sol revelled in the conditions to score by over a length from Pizarro (All Too Hard).  It was her first win since completing an unbeaten hat-trick at Wyong in January.

“Andrew (Atkins) said she really attacked the line,” trainer Con Karakatsanis confirmed.  “It takes a handy horse to win her first three and she’s getting better all the time.”

Riva Del Sol (3f Press Statement – Riva Del Mar by Shamardal) will now be set for the $75,000 Sir James Kirby Quality (1000m) at the Grafton Cup carnival on July 14.  Bred by Vinery in partnership with Franco Ferrari, she’s a half-sister to Scone winner Illecebrous (More Than Ready) and their dam has an unnamed 2yo filly by Press Statement.

Press Statement had sired his latest maiden winner on Thursday when Notifies was too strong for an all-age field in the Living Turf Plate (1000m) at Hawkesbury.  The 3yo filly was facing the starter for just the second time for local trainers Jason Attard & Lucy Keegan Attard.

“She’s a little filly with a very big heart,” AKA Racing tweeted.  “Thanks to our team for making it all possible and to Dylan (Gibbons) for a beautiful ride.”

The Beynons are based at Einoncliff Park in the south-west of WA and they also bred and sold a Press Statement half-brother to brilliant Melbourne sprinter Ranveer to trainer Michael Lane at this year’s Perth Magic Millions Yearling Sale.

Meanwhile, trainer Adam Campton is looking forward to the future with his 2yo Press Statement filly Catwalk Criminal.  A runaway winner on debut last month, she was placed in the Bruce McLachlan Classic (1000m) at the Sunshine Coast on Saturday.

“I’m very proud of the way Catwalk Criminal attacked the line at just her second start,” Campton said.  “She’s got so much to learn and I can’t wait to see what she can do next preparation.  There are exciting times ahead for this little princess.”

Press Statement (Hinchinbrook) is challenging for a Top 5 position on the Australian third-season premiership tables with 56 individual winners of 93 races and over $3.63 million in prizemoney. 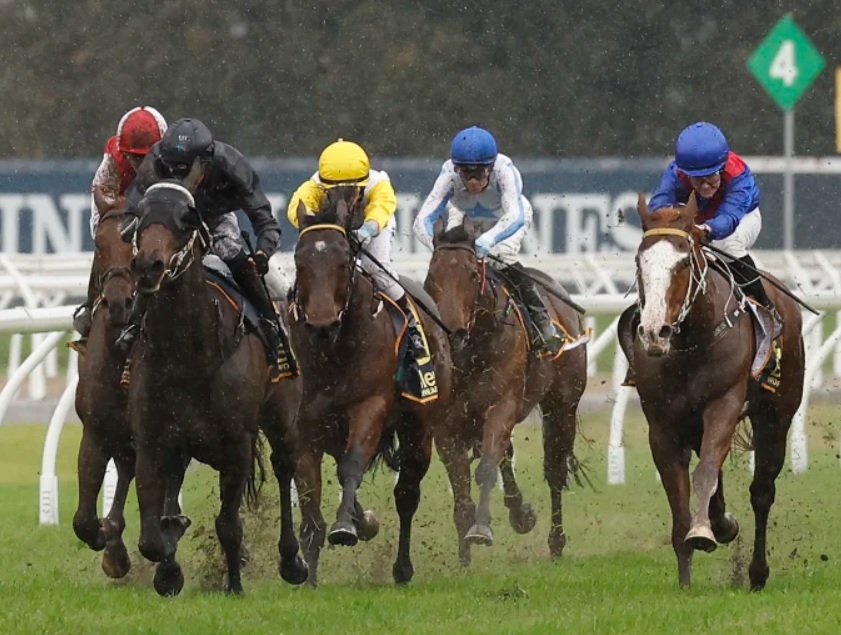