Chairman John Messara confirmed the 50% purchase on Wednesday.  “We are very pleased to secure Pariah.  He’s a high-class son of sire of sires Redoute’s Choice and we look forward to launching him on our roster alongside Snitzel and Not A Single Doubt when his racing career concludes.”

Pariah (2c Redoute’s Choice – Secluded by Hussonet) will continue to be trained by Peter & Paul Snowden for Arrowfield, James Harron Bloodstock Colts and his current owners.  Harron bought him for $700,000 from Arrowfield’s consignment at the 2016 Inglis Easter Sale.

His class was evident at first asking in January when he won the G3 Canonbury Stakes at Rosehill in race-record time.  He started a $4 favourite for the G1 Blue Diamond Stakes at Caulfield in February and put up a tremendous performance from a wide draw only to be caught in the final strides by Catchy.

“I’m delighted for Pariah to join the Redoute’s Choice stallion dynasty at Arrowfield,” Harron said.  “He’s the complete package of physique, precocity, pedigree and performance, and I’m certain that what he has shown us as a two-year-old is only the beginning.”

Pariah is a three-quarter brother to Group 1 winner Melito and is bred on the Redoute’s Choice – Hussonet cross which has left 5 Group winners from only 10 foals. 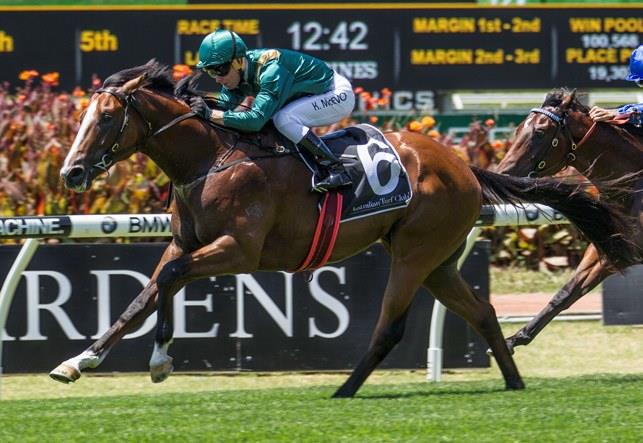