Snowden Racing will weigh up its options before committing to a Brisbane winter campaign for Astrologer.

The Star Turn colt had to work overtime in a Canterbury 2yo maiden on Wednesday but the victory was a good deal better than it appeared at first glance.  Racing second-up, he peaked at the furlong before prevailing by a half-length after a duel with short-priced favourite Overmann (Hinchinbrook).

The win was Star Turn’s fifth in the last six days.  “Tommy (Berry) rode him confidently from a wide gate and adapted to the early speed battle by settling him behind the leaders,” co-trainer Paul Snowden said.  “That was a good effort and he can go on with it from here.”

Where that leads is still to be decided, however, Astrologer does hold nominations for the BRC Sires Produce Stakes (Gr.2, 1400m) on May 29 and J J Atkins Stakes (Gr.1, 1600m) on June 12.  Star Turn’s locally-based fillies Miss Hipstar and Me Me Lagarde are also entered for those two $1million events at Eagle Farm.

After being placed on debut in the Breeders’ Plate Gr.3 at Randwick in October, he was sent to Brisbane to finish fourth in the B J McLachlan Stakes Gr.3 before going out for a break.  “He’s still learning and had a think about it as soon as we got to the front,” Berry reported.  “When I pulled the stick, he switched on again and was very strong late.”

Star Turn has now sired 10 Australian winners in his first crop and his Hong Kong-based youngster Cordyceps Six was also successful in the Argonaut Plate (1000m) at Sha Tin on Sunday. 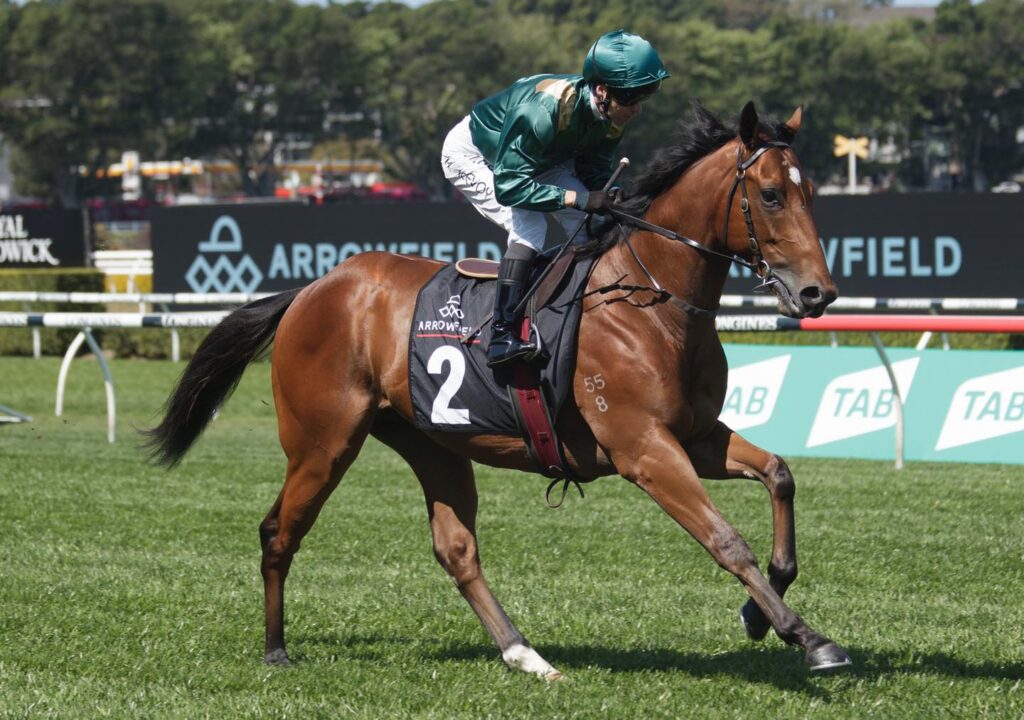