There’s a message for us all in there: and not simply to give greater consideration to the one who gave us life!

In an industry that often generates headlines courtesy of seven figure yearling prices or massive prizemoney scores, Begood Toya Mother is about as ‘humble’ as you get.

$600 mare … $28,000 yearling … relatively unknown trainer … going from a second at Donald to Group One success in the space of 15 months. Simply magic.

Even though Begood Toya Mother had won six straight, including the Listed Regal Roller, some riders in the stand thought a Group One victory was beyond him … at this stage anyway.

But Begood Toya Mother well and truly dispelled any doubts as to his quality with his thrilling performance over the 1400m at Caulfield, leading them for home and holding off all challengers.

Amidst all the wild mounting yard celebrations from “half of Warrnambool, half of Stawell, wife, staff, grandmother, step mother, step father” and, of course, his mum, Bowman remained composed, explaining that the horse got his name from all the times he’d been asked by his brother for a tip … ‘be good to your mother’.

On Sunday Bowman revealed that Begood Toya Mother will be tipped out for a well earned spell and suggests long range plans include a couple of weight for age sprints in the Melbourne autumn before wintering in Brisbane.

Breeders are never short on dreams either, but English couple, Mark and Melissa Nevin, probably thought they’d be setting the bar too high by expecting Group One success from Lady of Helena: the rising 14YO mare they purchased for just $600 at the 2013 Inglis Easter Broodmare Sale.

Lady of Helena hadn’t been covered for the previous two springs, but the Nevins managed to get the mare in foal to Vinery Stud’s former Danetime shuttler, Myboycharlie, whose runners in Australia include Group One winners Jameka and Peggy Jean.

Mark Nevin takes up the story: “I was studying at the English National Stud and we decided to visit Australia. Melissa and I didn’t plan on staying for 10 years but it was a perfect opportunity to see how the industry operates in another part of the world.

“We started working at Vinery … I eventually progressed to broodmare manager and Mel worked across the board in the hospital, on foal watch and preparing the yearlings.”

The Nevins then decided to purchase Lady of Helena – a half sister to Group One Canterbury Guineas winner Western Red – who, at that stage, had produced winners by Shovhog, Dubleo and More Than Ready. A full sister to Begood Toya Mother – Don’t Tell Linda – would later win four races.

“Begood Toya Mother was a nice foal and there was just something about him that Mel really liked,” Nevin recalls. “However, his page was a bit stagnant and being a long, lean colt, wasn’t going to be an early 2YO.

“We entered him for the Inglis Weanling Sale but he didn’t make the reserve so we took him back home to Vinery. Then we sent him down to Adelaide for the Magic Millions yearling sale where Daniel bought him for $28,000.”

Returning to England around six months ago and now working on a stud farm in Gloucestershire, the Nevins are over the moon with the rise and rise of Begood Toya Mother: “It’s still sinking in and seems so surreal. We were up early on Saturday to look after the horses and watched the race on my iPhone. We haven’t got any plans for celebrations right now but will be getting together with family and friends this week, for sure.

“We’ve still got Begood Toya Mother’s half sister, Lady of Prospect, who is by Onemorenomore and was unraced. She will be covered by Press Statement next year, while Lady of Helena’s final foal is a 2YO by Casino Prince.

“Daniel (Bowman) obviously liked the way Begood Toya Mother was developing and made an offer to buy the colt privately. He’s just been broken in and they’re optimistic after the way he handled his education.” 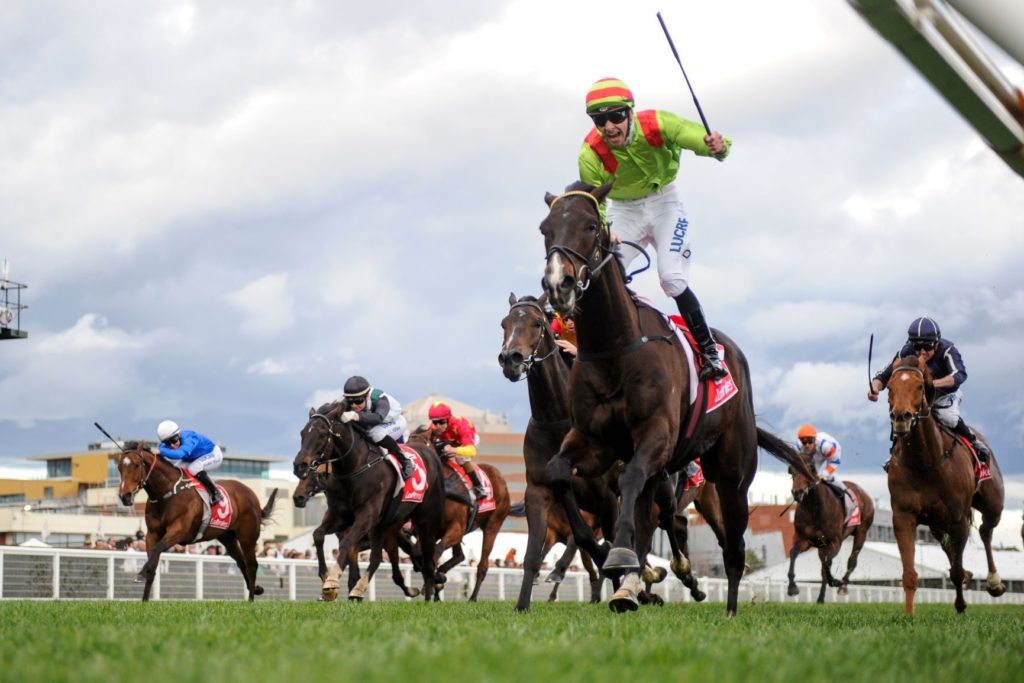