The last lot at Keeneland’s marathon September yearling sale went through the ring on Sunday and that leaves the landscape clear for the USA Breeders’ Cup Championships at Santa Anita in November.

More Than Ready’s top-priced yearling was the $500,000 colt out of Jenny’s Rocket (Mr. Greeley).  Bred and reared by Barbara Banke’s Stonestreet Farm, he is out of a sister to Monmouth Park stakes winner Greeley’s Rocket.

The Vinery legend’s 2yo colt Scabbard is on-track for the Breeders’ Cup Juvenile Gr.1 following a last-start second in the Iroquois Stakes Gr.2 at Churchill Downs.

“We’re definitely going to target the Breeders’ Cup after that,” trainer Eddie Kenneally said after watching his colt overcome trouble on the home-turn to get within a length of the winner Dennis’ Moment.  “He definitely passed the two-turn test and I think he will fit very well in the Breeders’ Cup Juvenile.

“He was brave after getting shuffled back.  To come on again proves he’s a very nice horse.”

Scabbard (2c More Than Ready – Cowgirl Mally by Gone West) won on debut at Churchill Downs in June and followed up with seconds in the Saratoga Special Gr.2 prior to the Iroquois Stakes which is also the first qualifying race for the 2020 Kentucky Derby.

His 2yo team is firing in North America and the latest maiden winner Street Ready arrived at Churchill Downs just as the final session at Keeneland was coming to a close on Sunday.  He stalked the pace early and then swept past the leader in the stretch to win by three lengths.

Street Ready was a $240,000 graduate from the 2018 Keeneland September Sale and is the 15th individual 2yo winner by More Than Ready in North America this year.  Among Top 10 sires, he’s third in that category behind Into Mischief (18) and Munnings (16).

More Than Ready’s dual-champion Roy H is facing an uphill battle to defend his BC Sprint crown this year.  The veteran has battled hoof issues since taking the Palos Verdes Stakes Gr.2 at Santa Anita in January.

“We’re not giving up hope but we can’t afford any hiccups,” trainer Peter Miller admitted.  “He has to breeze every six or seven days to have the necessary foundation for the Sprint.”

More Than Ready 4yo Catholic Boy is also on the easy list following a slight suspensory issue that prevented him from running in the Kelso Hcp Gr.2 at Belmont Park on Saturday.  He missed the Woodward Stakes Gr.1 at Saratoga last month to be saved for the Kelso.

“He should be back in training in a week or two,” part-owner Robert LaPenta told Bloodhorse.  “He’s just not 100%, and with the great career he’s had, there was no sense in sending him out there on Saturday.

“We will look for something soft for him on turf or dirt, and we’re hoping we can run him in the Breeders’ Cup, but we want to get him back to where he was at earlier this year.” 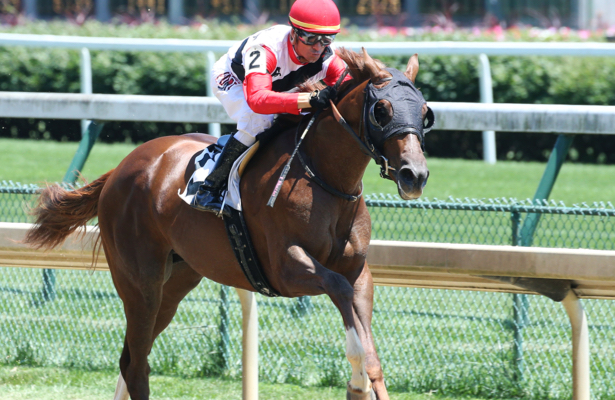