John Thompson kicked off a winning double with Vinery sires when his Casino Prince mare Sweet Deal claimed a black-type first in the Tibbie Stakes Gr.3 at Newcastle on Friday.

The Randwick trainer knew Sweet Deal was a stakes-winner in waiting ever since a debut third in the Widden Stakes Gr.3 at Randwick in January 2017.  “It’s taken a while but the ability has always been there,” Thompson said.  “The Casino Princes all get better as they get older.”

Yarraman Park sponsored the Tibbie Stakes and Thompson watched the race with Yarraman’s Harry Mitchell.  “I was confident when Nash (Rawiller) camped on the lead.  And when they came to the corner Harry said, ‘If I could have a pick now, I would pick you’.

“She’s going super and has a fantastic rapport with Nash.   He rides her with confidence and that gives her confidence.”

Sweet Deal is the 19th stakes winner by Casino Prince and the victory brought a wide response from media outlets.  “Is there a better value sire in the Hunter than Casino Prince?” Breednet editor Tara Madgwick tweeted.

Vinery asks the same question and that attracts broodmare owners at a bargain-based $6,600 (inc. GST) service fee.  His 19 stakes winners head an overall record of 346 individual winners at a sensational 70% strike-rate.

“She’s just an absolute ripper of a mare,” Rawiller said.  “Honest, gutsy and gives you everything.  She just doesn’t let them go past.”

Sweet Deal was bred by Phillipa Cooper and sold for $67,500 at the 2016 Inglis Classic Sale.  She’s been in work since a first-up fifth in the Dane Ripper Stakes Gr.2 at Eagle Farm in June and Friday’s breakthrough improved her record to 7 wins and $537,370 in prizemoney.

Casino Prince opened the Newcastle Cup card with Ladylovestogamble.  The promising 3yo filly broke her maiden second time out in a BM 64 for trainer Clare Cunningham.  Her dam Glorious Lady (King’s Theatre) is a half-sister to AJC Australian Oaks Gr.1 winner Rena’s Lady.

Thompson returned home for the second-leg of his Vinery double with Cuba in the Schweppes Hcp (1400m) on Saturday.  The All Too Hard gelding made it back-to-back wins with a front-running victory over Super Star Bob (Mossman) at Randwick.

“We gelded him last year but it probably took the best part of 12 months to get the colt out of him,” Thompson revealed.  “He’s got a very high cruising speed and was always travelling.  I was confident a long way out because he’s so genuine now.”

Winning apprentice Chris Williams reported Cuba just rolled along and was too tough.  “John worked things out and he’s racing well,” the 3kg claimer added.  “He gave me a good kick at the top of the straight and stole it.”

All Too Hard sired Cuba from Tabasco Kitten (Redoute’s Choice) who won at Hawkesbury and was runner-up at Rosehill in just three starts for the Joy Luck Syndicate.  Second-dam La Baraka won The Galaxy Gr.1 and third-dam Triscay was Australia’s Champion 2YO and 3YO Filly in 1990-91.

All Too Hard’s fee remains at $27,500 (inc GST) despite his current standing in the Australian Top 5 for winners and Top 10 for prizemoney. 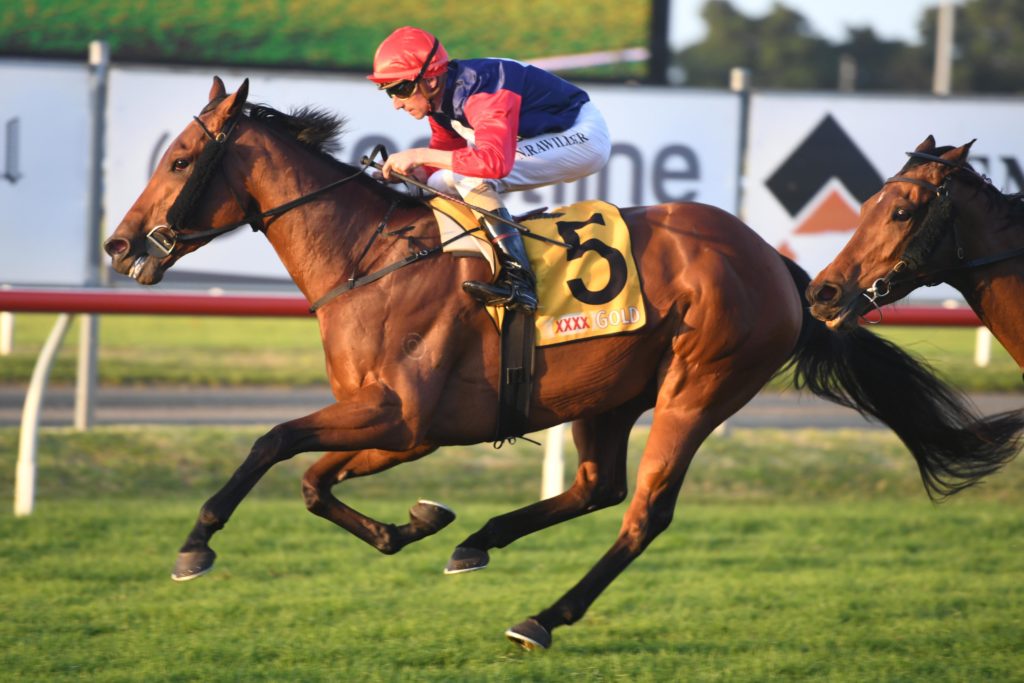