Scenic Lodge sire Blackfriars has a vice-like grip on the G2 Perth Cup with Rohan, Black Tycoon and Pop Culture dominating markets for the $500,000 feature on New Year’s Day.

Rohan is the pre-post favourite at $4 ahead of Black Tycoon and Pop Culture on the second line at $8.

Pop Culture (5m Blackfriars – Georgia’s Storm by Metal Storm) signalled she will be a force in Perth’s premier staying event following a gutsy victory in the ATA Cup (2200m) at Ascot on Wednesday.

“She’s all heart and 2400 metres will be right up her alley in the Perth Cup,” trainer Colin Webster said.  “She’s a lovely little girl and is a favourite with everyone at the stable – especially me.”

Pop Culture indicated she was approaching winning form with a last-start sixth in the LR Towton Cup.  “She didn’t have any luck from the outside draw that day,” Webster recalled.  “Troy (Turner) had her perfectly positioned today and she got the job done.”

The Blackfriars mare has won 8 times in 26 starts topped by a Group 3 in the 2012 WA Oaks and Listed victories in the Ascot 1000 Guineas, Ascot Gold Cup and WA St Leger.  She has earned over $514,000 for a syndicate that includes her breeder Russell Clarke, Webster and Paz Princi.

Clarke sold a Blackfriars sister to Pop Culture at the 2013 Perth Magic Millions.  She changed hands for $76,000 and new owners Dan and Julia Love have named her New Orleans Lady.

Their dam Georgia’s Storm was distanced in her only start at Esperance but Clarke kept her on as a broodmare and she’s clicked with Blackfriars.  She foaled another filly by Sunspeed’s champion sire in October.

Scenic Lodge has 15 yearlings by Blackfriars catalogued for the 2014 Perth Magic Millions and first under the hammer is a filly from Card Queen (Lot 28).  She is a half-sister to Magic Millions 2YO Classic winner Karuta Queen. 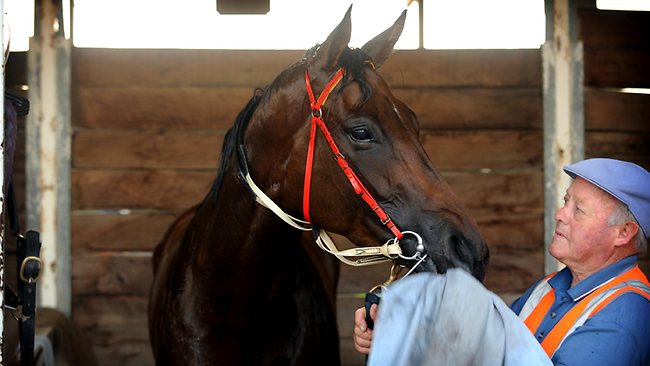