Sweet Charity had won at Compiegne over 1600m in July and kept progressing to claim her first black-type under Sebastien Maillot on Thursday.  An obviously delighted Clement was looking further afield after his filly took advantage of a perfect trip to defeat Godolphin filly Switching (Street Cry) by a length.

“She broke her maiden in good style and handled the ground well today although I thought she would prefer it a bit softer,” Clement said.  “I will discuss plans with the owners but we could be tempted to set her for the (G1) Prix Opera or we could wait until the (G3) Prix de Flore at Saint-Cloud.”

The winner of the G1 Prix Opera (2200m) at Longchamp on October 3 earns an automatic invitation to compete in Breeders’ Cup Filly & Mare Turf (2000m) at Santa Anita in November.

Myboycharlie’s Australian star Jameka returns for her second run this prep in the G2 Dato’ Tan Chin Nam Stakes (1600m) at Moonee Valley on Saturday.  The Ciaran Maher trained 4yo worked home nicely when resuming over 1400m at Caulfield last month but history is against her finding top form so early in the season.

Her best run as an autumn 3yo was also at her fourth outing when runner-up to Tavago in the G1 Australian Derby in April.   Myboycharlie stands at Vinery Stud for an $11,000 (inc gst) service fee. 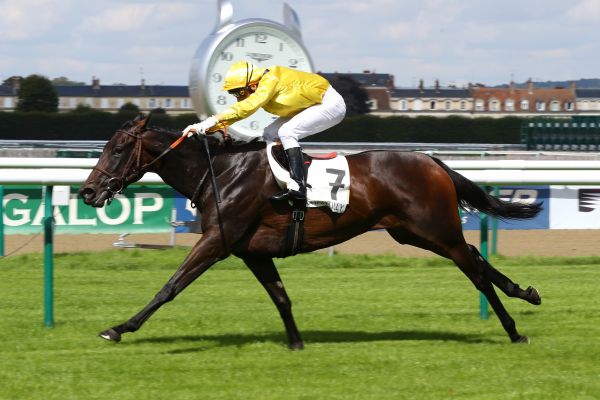