More Than Ready made his name at Saratoga and Made You Look delivered in kind at the Spa on Wednesday.

As North America’s famous racing carnival draws to a close, Made You Look became the 163rd stakes winner by Vinery’s champion sire in the G2 With Anticipation Stakes (1700m).

Hall of Famer Todd Pletcher has now claimed the turf test 5 times since 2008 and his latest winner will now train towards the Breeders’ Cup Juvenile Turf (1600m) at Santa Anita on November 4.

Made You Look (2c More Than Ready – Night and Day by Unbridled’s Song) saved ground behind the leading division before railing up to seize command and draw clear under moderate encouragement from Javier Castellano.

“To shoot through that gap was pretty brave for a young horse,” Pletcher said.  “He’s been training really well and we were looking forward to a good effort.

“He’s got a fantastic pedigree, top and bottom.  It’s a lot of fun to have a good one at Saratoga by More Than Ready.  I trained him to win the Sanford Stakes here in 1999.  He’s just been so good to our stable, not only him but all of his offspring.”

Pletcher won the 2010 Breeders’ Cup Juvenile Turf with More Than Ready colt Pluck who stands alongside his sire at Vinery.

Made You Look travelled to Saratoga after winning a Belmont Park maiden second-up on June 18.  He is from a daughter of 1995 Eclipse Award filly Serena’s Song and cost $360,000 at the 2015 Keeneland September yearling sale.

His part-owners Bryan Sullivan and Kevin Scatuorchio of Let’s Go Stable have a remarkable record with More Than Ready racing his Group 1 winning colts Verrazano and Daredevil.  Scatuorchio began the sireline’s success story in 1998 when he paid $187,000 for More Than Ready as a yearling at the Keeneland September Sale.

Pletcher said Made You Look will either head to the west coast without another start or have a pipe-opener in the G3 Pilgrim Stakes at Belmont on October 1. 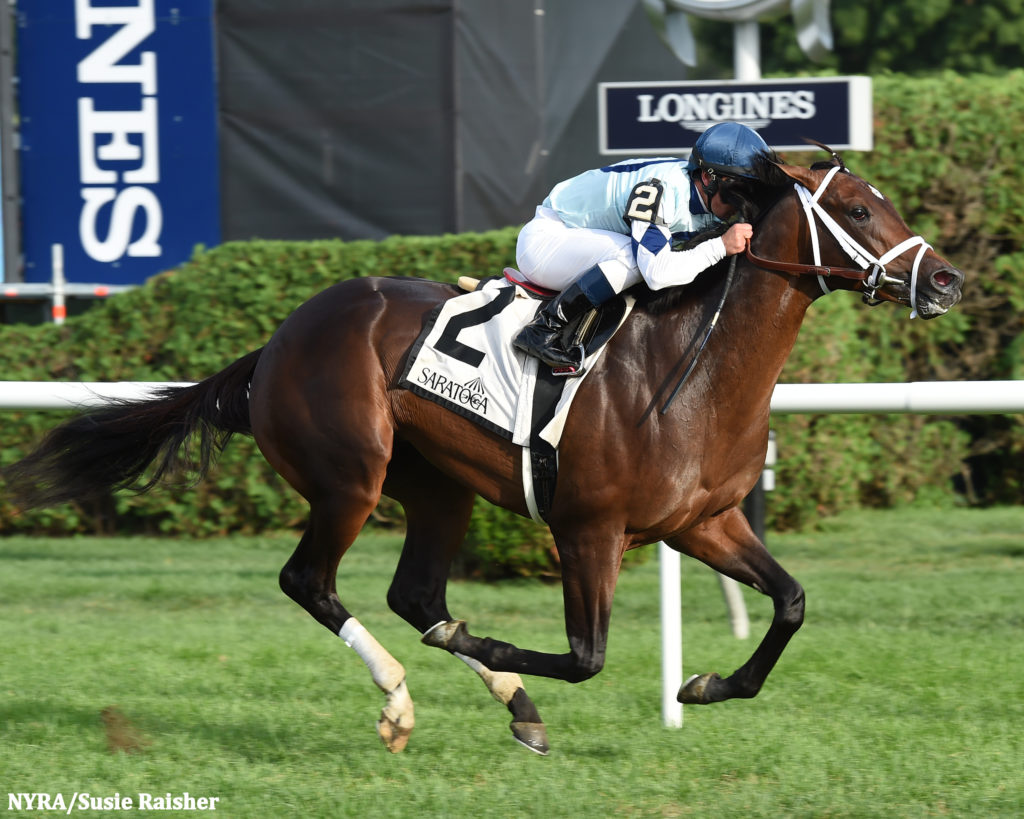