Dudemanbro has staged a successful dress-rehearsal for champion sire Blackfriars ahead of the G1 Railway Stakes next weekend.

An Albany maiden winner on debut in April, Dudemanbro paid his dues at Kalgoorlie during the round and came to town for an encouraging third on Melbourne Cup day.  The learning curve continued at Ascot on Saturday when he won the Cockburn Gateway Hcp (2200m) for trainer Justin Warwick and his daughter Lucy.

“He was trapped wide early but the speed revved up and we were able to slot in,” Lucy Warwick reported.  “He was a bit unbalanced here last time and is still maturing.  I kept his mind on the job today and he had to dig deep to win.”

Dudemanbro was bred by Krisman Park’s Phil Bruce and is a three-quarter brother to Perth stakes-performer The Tenby Friar.  His dam Missunicoffski (Scenic) won twice in Adelaide and she followed up with two foals by Blackfriars – recent Ascot winner Crystal Valley and an unnamed 2yo filly – prior to her death last month.

Warwick, who part-owns the gelding with his wife Carol and Ross Waddell, won the 2015 Perth Cup with Blackfriars gelding Black Tycoon.

Blackfriars superstar Black Heart Bart returns home for the G1 Railway Stakes next Saturday, November 25.  The WA Horse of the Year will shoulder 59kg and has been installed a $6 second-favourite behind Scales Of Justice ($5.50).

Black Heart Bart hasn’t been seen since finishing fifth in the G1 Underwood Stakes (1800m) at Caulfield on October 1.  “He was up at the farm before coming back our beach stable,” trainer Darren Weir said last week.  “He’s freshened up well after that short break and we’ve been very happy with him.” 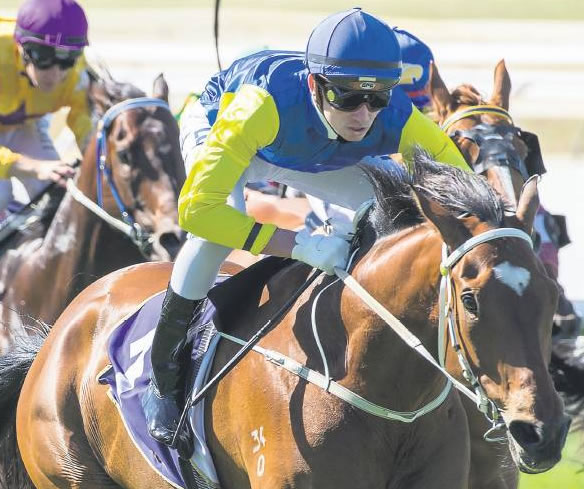