Scenic Lodge and Bob Peters have dominated the 2016-17 TBWA Awards at the Hyatt Regency Hotel.

The trophies were presented in front of WA’s racing community on Saturday evening as part of the WAROA Racing Awards Gala.

Scenic Lodge won awards with Blackfriars (Champion Sire) and Sister Theresa (Broodmare of the Year).  It was the 7th sires’ title in a row for the Group 1 classic winning son of Danehill.

Sister Theresa’s final foal – a Blackfriars colt – was born at Scenic Lodge in September 2010.  He’s found fame as Black Heart Bart winning 16 races and $3.44 million for a syndicate from Geraldton.

Bob and Sandra Peters continue to supply more stakes winners than any other local breeder and, not for the first time, were named TBWA Breeder of the Year. 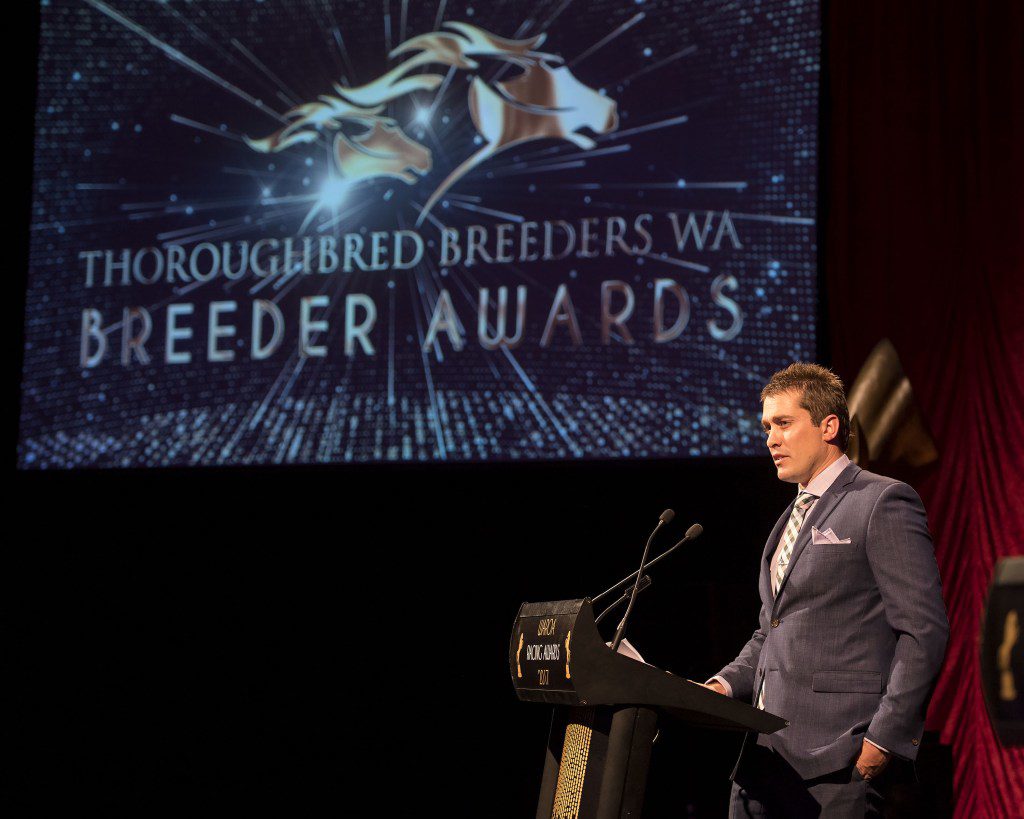