The last Easter Yearling sale to be held at the historic Newmarket complex in Sydney has ended with a record number of million-dollar lots topped by a $2.50 million colt on the third and final day.

The Redoute’s Choice half brother to Blue Diamond Stakes runner-up Pariah was knocked down to Tim Stakemire on behalf of Dubai’s Sheikh Khalifa.

A day after buying back into Pariah as a racing and breeding prospect, Arrowfield Stud sold the colt with chairman John Messara thrilled for his durable star stallion.  “I’m very pleased that Sheikh Khalifa has got this colt as he’s been a great supporter of the stallion all the way through and let’s hope he follows in the footsteps of his brother,” Messara said.

“I was expecting a big price but didn’t know what it would be.  There were a lot of people interested in him and it’s fitting, I think, that Redoute’s should top the sale.

“I think this colt is a bit more mature, more forward at this stage than Pariah.”

The colt out of Secluded is the 73rd yearling by Redoute’s Choice to sell for $1 million or more at public auction.

In a stunning three days which saw a buying bench gather from all corners of the globe, records were set across the board.   The $356,755 sale average is the second-highest ever recorded at Easter.

Arrowfield Stud’s $20.04 million gross is the highest ever for a vendor at an Australian Yearling Sale, beating the previous record set in 2008

There have been 22 yearlings sell in Australasia in 2017 for $1 million or more, of which 18 have come at Inglis and 17 at this Easter Sale alone 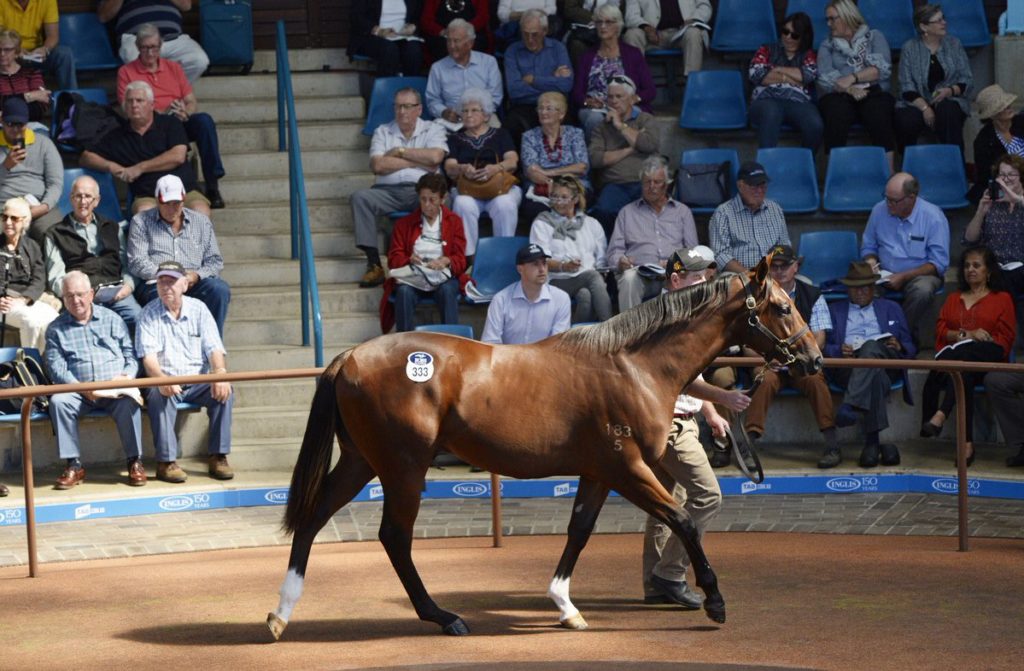