When Pentire filly Roma Joca broke down as a three year-old without getting to the races, Cranbourne trainer Mick Kent told her owners she was well worth a crack in the breeding barn.

And for those who know Kent, he wouldn’t have made the recommendation if he didn’t really believe it.

Luckily for Pakenham trainer Chris Diplock and the owners of Roma Joca they acted on Kent’s opinion. The end result was Cilauro, a lightly raced gelding which scored his first city win under the Moonee Valley lights on Friday night at $31.

Those odds were more than generous given the five year-old’s recent form and overall record – three wins, four seconds and one third from 14 starts.

Diplock has given the son of Greta West Stud stallion Master of Design a lot of time to mature and allows him plenty of time in between runs which suits the gelding’s style of racing. “It was nice for him to get that win as he has been around the mark,” Diplock told www.tbv.com.au/news

“I think the reason for the big odds was because of my name. If you put D Hayes next to him, he would be quarter of that price. It’s been a good result as a lot of the owners were in the mare when she was with Mick.

“I had trained for them before and Mick suggested she was worthwhile as a broodmare as she had showed him a lot of promise.”

Roma Joca’s owners offered Diplock a half-share in the mare and it was the budding trainer’s first venture into the breeding world after obtaining a reasonably-priced service fee to Master of Design.

It was a case of economics and the wait-and-see approach which saw Roma Joca stay out of the breeding barn for four seasons after producing Cilauro in 2014. She now has a foal at foot by Supido and this season was served by Sun Stud stallion National Defense.

“Everyone wanted to see what Cilauro produced on the track and, when he showed something, we thought we had better get kicking on with the mare again. I would have been happy to breed from her but when you are one-out and have other horses you tend to err on the side of caution.

“The city win adds more credibility to him, the mare and her future progeny.”

Diplock subsidises his racehorses by breaking-in and pre-training for a group of leading trainers including Ken Keys and Shane Nichols. Cilauro was his second city winner and follows the success of Non Paear who won over 955m at The Valley last December.

Greta West Stud stands both Master of Design and veteran King of Prussia but things are slowing down with the stallions according to Laurie McCarthy who operates the farm with his brother John.

“Master of Design also had a winner at Sha Tin and a few others around the place during the week,” McCarthy said. “But things change and you become old news pretty quickly in this game which is very fashion-driven with these new young horses around.

“Our farm used to be pretty much for those people who wanted a reliable, winning-getting type of stallion.

“We would breed 150 mares at the farm and not one of them would finish up at Inglis yearling sales because they were all bred by owner-breeders and small breeders.

“That market and those people have disappeared. That’s just the way it is. We used to stand Toy Pindarri, a bread-and-butter stallion who still got good horses.

“We now have about six or seven mares of our own and we send them out. We bred Free of Debt and he finished third in this year’s Blue Diamond Stakes. We have got a couple by Toronado, Magnus and Holler for the yearling sales next year. There the type of stallions we go to now.

McCarthy said it was unlikely the stud would stand another stallion when King of Prussia and Master of Design, who he describes as a lovely horse, fade away into retirement.” 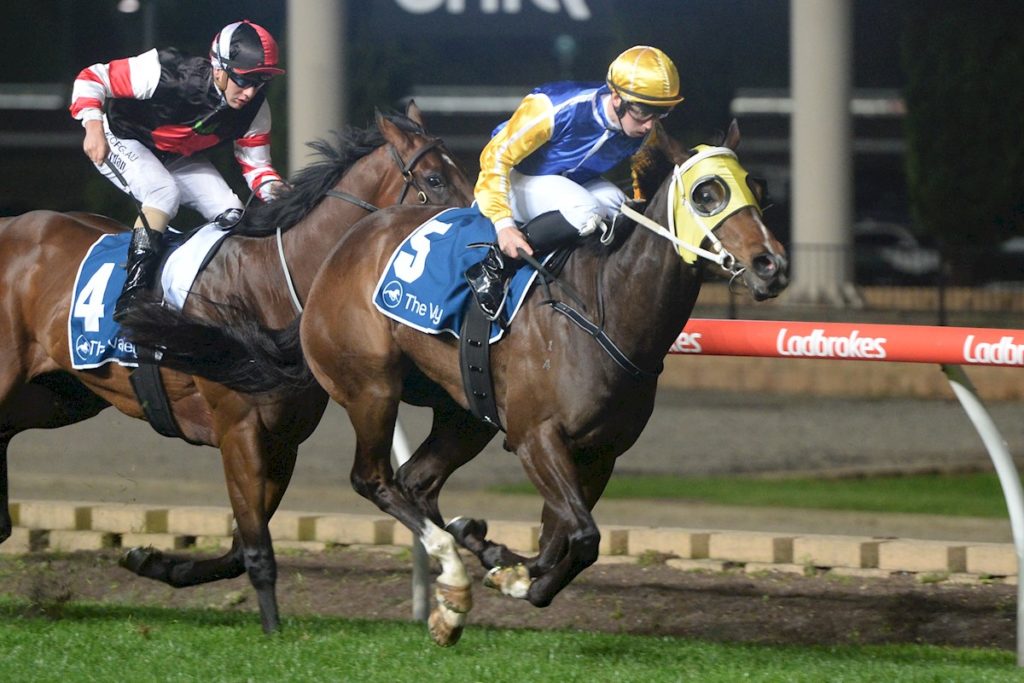