More Than Ready’s global reach was reinforced on Sunday at the Keeneland Bloodstock Sale in Kentucky and the Coronation Cup meeting in Malaysia.

He had mares, weanlings and mares in foal sell up to $575,000 by the time the curtain came down on 12 days of competitive trade at Keeneland.

It’s an altogether different pecking order for individual winners.  More Than Ready (1849 and counting) is a mile in front of any other stallion in history with Danehill next best on 1623.

And no review of his Australian-bred stars would be complete without John Singleton’s champion mare More Joyous.  She has been the most successful of his 24 Group 1 winners with 8 at the elite level.  It was ‘Singo’ who uttered these famous words after More Joyous won the 2010 Toorak; “Life’s easy, really.  You buy a More Than Ready…and they send you the cheques.”

In North America, More Than Ready took over as the most successful sire in the Breeders’ Cup when Uni powered home in the BC Mile earlier this month.  The Vinery legend has notched 7 wins at the Championships including BC Juvenile winners Pluck, Rushing Fall, Regally Ready & More Than Real.

Buyers tapped into the More Than Ready phenomenon at the Keeneland Bloodstock Sale with Philadelphia black-type winner Ladies’ Privilege making $575,000 in foal to the living legend.  She was purchased by Hinkle Farms after a short race career highlighted by the Hall of Fame Stakes LR.

Ladies’ Privilege (Harlan’s Holiday) is a sister to Takeover Target, a Group 2 winner at Pimlico and Saratoga.  “She is one of the nicest mares we’ve seen at the sale,” Anne Hinkle said.  “Everything about her physically is so nice, and she really checked all the boxes.  We really liked her a lot and think she could be carrying a really nice foal.”

Hinkle Farms hit the headlines on Day 1 of the Keeneland September Yearling Sale with a $2.50 million Tapit colt bought by Sheikh Mohammed and a $1.05 million Curlin colt purchased by Sheikh Hamdan.

Top price among the More Than Ready mares was Lark Rise who is from a half-sister to Group 1 racehorse and sire Leroidesanimaux (Brz).  She changed hands for $325,000 to Glennwood Farm owner John Gunther.  He bred 2018 Triple Crown winner Justify and 2019 Breeders’ Cup Classic winner Vino Rosso.

More Than Ready’s filly from Sister Superior (Pulpit) topped his Keeneland foals at $275,000 when targeted by agent Nick de Meric.  She is from a half-sister to Belmont stakes winner Akilina (Langfuhr).

Vinery is standing More Than Ready for a $55,000 (inc GST) service fee this season. 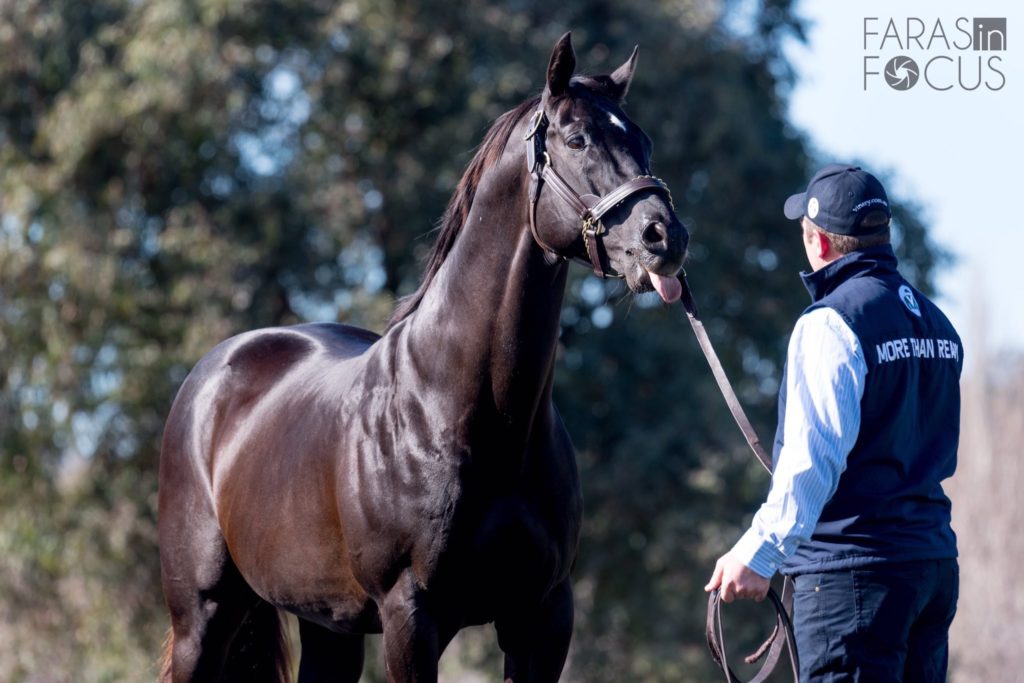