Greyworm is the latest find for Master Of Design following a trouble-free win first-up at Mornington.

Starting a short-priced favourite for trainer Mick Kent, the grey 3yo shook off Troubleshot to score by the best part of two lengths in the Handyman Steel Supplies Maiden (1200m) on Monday. Punters had taken a lead through his interstate trial form that included wins in half-mile hit-outs at Newcastle and Gosford.

“He’s shown us plenty since coming down from Kris Lees,” Kent said. “He had been sold to Asia but the deal fell through. He’s a very nice galloper. He really lengthened stride and I’m sure he will run a mile. He’s still fairly backward and is going to keep on improving.”

“He goes alright this horse and has given me a nice feel working at home,” apprentice Ethan Brown said after returning to scale. “He rolled along and came back underneath me before putting them away comfortably.

Greyworm is raced in partnership by Wingrove Park owner-breeders Joe & Daria Vella and his dam has a 2yo colt and yearling colt by Master Of Design.

The Greta West Stud resident had sired Jaminzah to win again at Flemington on Saturday and Milord is on a hat-trick for trainer Darren Weir after an authoritative victory in the Stabil-Lime Group Hcp (1200m) at Pakenham on Tuesday.

“It was an eye-catching win first-up at Geelong and he backed it up here,” stable spokesman Darren Murphy said. “He’s got a good turn of foot and turned that acceleration into a sustained sprint today.”

Milord was bred by Toorak Park owner Harry Perks and sold for $85,000 at the 2016 Inglis Melbourne Premier. His dam Magic Milady (Starcraft) won three races in Adelaide and second -dam Buckle My Shoe (Rory’s Jester) was a Group 2 winner in New Zealand.

Master Of Design’s three-timer this week comes on top of a double-figure winning tally in May. He stands for a $4,400 fee at Greta West with stud stalwart King Of Prussia ($2,200). 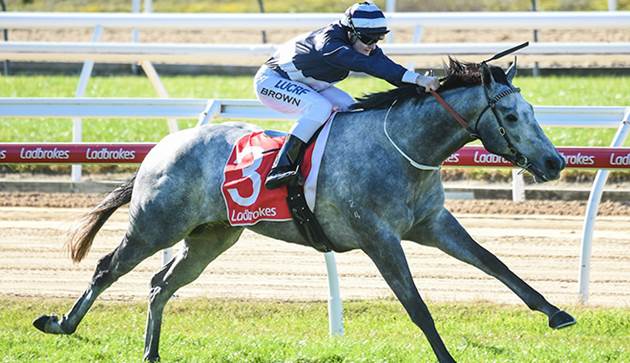