All Too Hard sprinter Wellington has drawn a line in the sand to win his second Group 1 in the Queen’s Silver Jubilee Cup (1400m) at Sha Tin.

All the bad luck that had plagued Wellington this season was put to rest with a brilliant finishing burst on Sunday.  He accelerated when it counted to defeat Ka Ying Star (GB) and Waikuku (Ire) in a performance that delighted trainer Richard Gibson.

“Things just haven’t gone right for him.  As a matter of fact, we’re lucky to have a horse at all,” Gibson said referring to the fatal falls that marred the Group 1 Hong Kong Sprint in December.  “And nothing went his way last time out in the Centenary Sprint Cup, either.

“We fancied our chances today and the horse delivered with class and style.  Now we will concentrate on the Chairman’s Sprint Prize.”

Wellington will be defending his Group 1 crown in the third-leg of the Hong Kong Spring Series.  The 2022 Chairman’s Sprint Prize (1200m) is scheduled for April 24.

“I got him to relax and as soon as I found some space, he accelerated and gave me his best turn of foot,” jockey Alexis Badel said.  “He’s certainly much more laidback and deserved this win.”

Wellington was bred by Kia-Ora Stud in partnership with David Paradice and Vinery partner Steve McCann.  He sold for $70,000 at the 2018 Gold Coast Magic Millions and the latest win sent his earnings to the equivalent of AUD4.63million.

Fellow Vinery partner Greg Perry had a hand in the other Group 1 on Sunday when Russian Emperor (Ire) won the Hong Kong Gold Cup (2000m).

Russian Emperor had won the Hampton Court Stakes Gr.3 at Royal Ascot before relocating to clients of trainer Dougie Whyte.  He’s a son of Galileo from the Perry-bred Atlantic Jewel (Fastnet Rock) who was voted Australia’s Champion 3yo Filly in 2012 and Champion Older Mare in 2014.

All Too Hard’s sole entrant for the Inglis Premier Yearling Sale is the colt from Savsenga (Lot 210) being offered at Oaklands this Sunday.  Catalogued by Blue Gum Farm, as agent for Fremantle breeder Phil Wilton, the chestnut is a half-brother to VOBIS Gold Rush winner Starry Legend (Zoustar). 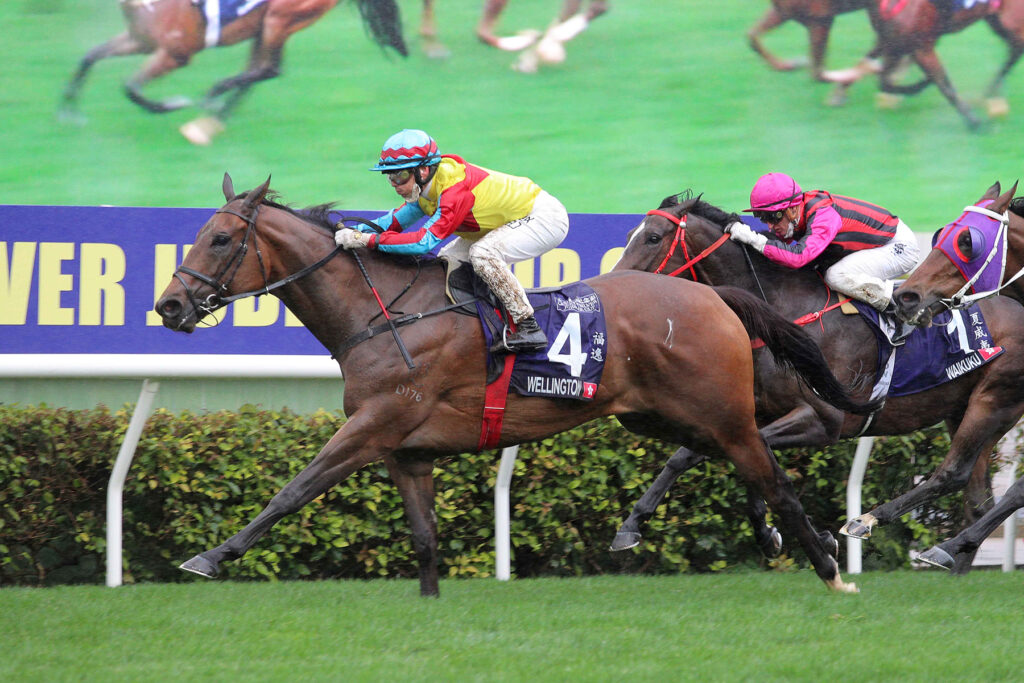