Vinery has broken through $5million in sales at the Magic Millions on a day when its legendary shuttler More Than Ready (USA) led the way at the Gold Coast.

More Than Ready has another five final-crop lots from outside studs remaining in Book 1 but his Day 3 colts were the last of a long line of yearlings that have been floating from Vinery to the Gold Coast since January 2004.

The China Horse Club – Newgate Bloodstock – Trilogy Racing partnership bought his colt from Rosenet (Lot 449) for $425,000.  He’s from the family of Castelvecchio and Newgate’s Henry Field was happy to add a More Than Ready to their big-spending shopping list.

“He’s for our colts’ syndicate and we liked him,” Field said on Thursday.  “He’s a strong, powerful colt and is by one of the great sires out of a mare by Hussonet.”

NSW trainer Brett Thompson latched on to More Than Ready’s full-brother to Better Than Ready (Lot 470) for $180,000.  It was his second Vinery buy following an All Too Hard – Presslist colt for $130,000 on Day 2.  “He’s a superbly-bred colt with a great physique,” Thompson remarked.  “He’s relaxed and casual and looks like he wants to be a runner.”

Vinery sold its last Gold Coast More Than Ready, as agent for Greg Perry¸ to Ryan & Alexiou Racing for $220,000 and he’s already being touted for the spring carnival.  “It was a good price for such a good horse,” trainer Gerald Ryan declared.  “I saw him at Vinery and Adam (White) rates him, too.  I saw him out the back again this morning and said he could be our Breeders’ Plate colt.”

The Dundeel – Satya filly (Lot 478) comes from a family with four Stakes winners under Group 1 second-dam Star Satire (NZ).  She was purchased by Bjorn Baker for $320,000 and will be a stablemate of Vinery’s Dundeel – Electric Dreams filly (Lot 4) that cost his client Denys Chan $230,000 on Day 1.

The Zoustar half-sister to Miss Hipstar (Lot 530) was offered as agent for Vinery partner Steve McCann and sold for $320,000 to Mark Player and Rob Roulston who were acting for a Victorian syndicate headed by Noorilim Park’s Peter Carrick.

“She’s a beautiful type and Zoustar sires very good fillies,” Roulston said.  “This one already has residual value and hopefully Miss Hipstar can keep it rising in the Magic Millions Guineas.”

Noorilim Park is also in the Player – Roulston syndicate that purchased a $700,000 I Am Invincible colt from Vinery at last year’s Magic Millions.  He’s been named Garza Blanca and Carrick reports his attitude has impressed everyone early doors at Ciaron Maher Racing.

The Russian Revolution – Tempting Delight colt (Lot 609) is also off to Victoria after being knocked down to Mornington trainer Matt Laurie for $375,000.  “He’s a loose walker, well-balanced with a naturally well-muscled build,” Laurie said.  “I think he looks an attractive early-going type for next season.” 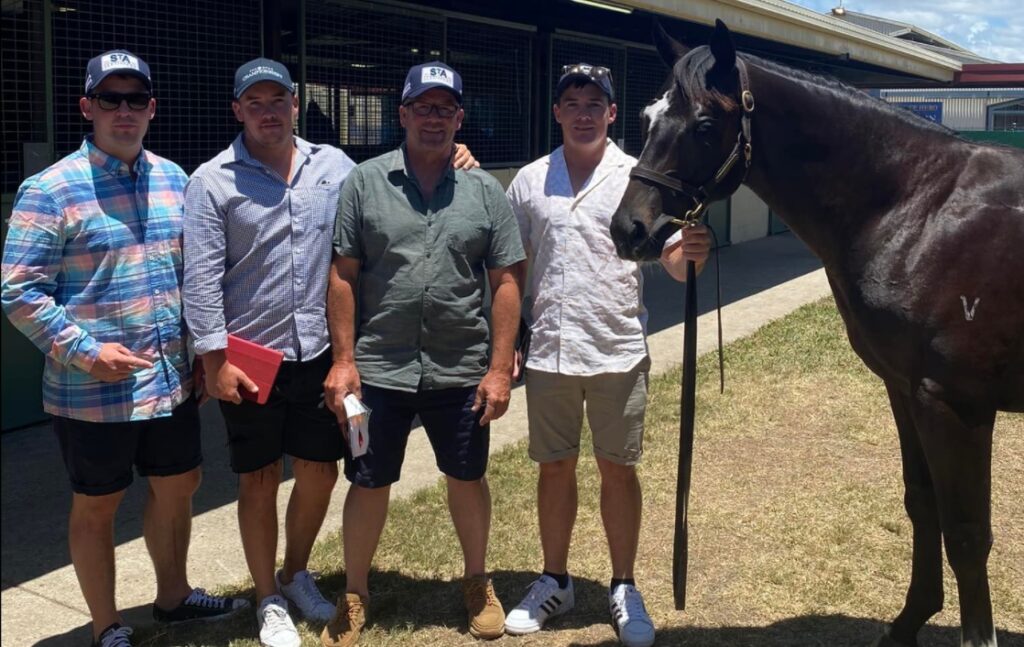