The Ben Currie-trained filly scored an on-pace victory in the Audi Centre Maiden (870m) on Saturday evening.  She defeated Grand De Lago (Dream Ahead) by a half-length and they distanced the rest of the field with Monsoon Sky (Manhattan Rain) next best more than five lengths in arrears.

Mishani Krishna (2f Mahisara – Caressable One by Jet Spur) is a homebred for Mike and Patty Crooks who race their horses under the Mishani Enterprises banner.  She is from a half-sister to G3 BRC Lord Mayor’s Cup winner Col ‘N’ Lil.

His dam Darsini is a three-quarter to the G2 MVRC Stock Stakes winner Astrodame and his third-dam Midnight Fever won a G1 Blue Diamond Stakes.

Mahisara retired to stud for a $6,600 (inc gst) fee in 2014 and covered a total of 300 mares in his first three books.  Wattle Brae advertised him for FOA this year. 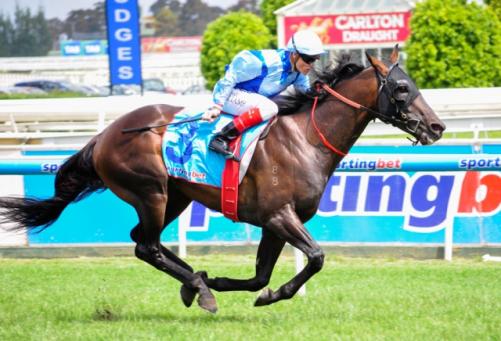