More Than Ready sired his first 2yo winner of the season when Dan Morton produced Nocelle at Ascot on Saturday.

The well-bred newcomer tracked Party Night (Galah) into the straight and then peeled off heels for a one-length victory under Shaun O’Donnell.  The ease of the win didn’t surprise connections – she was backed from $19 into $11 before sprinting clear in the Evolution AV Plate (1000m).

“She had gone well at the trials so we were confident without being cocky,” Morton admitted.  “It was sort of heart-in-mouth – you never know what to expect first-up – but she got a nice cart into the race and got off the fence at the right time.

“She’s come a long way in a short space of time and there’s plenty of improvement ahead.”

She is a younger half -sister to Belle De Coeur who completed a hat-trick at Rosehill prior to Group 2 placings at Randwick and Eagle Farm.  Their dam Harmony Hall (Minardi) is a half-sister to NZ Group 2 winners Belle Femme (Zeditave) and Flying Babe (Flying Spur).

“The Morton team do a fantastic job schooling their babies and I was very impressed with Nocelle,” O’Donnell said.  “She sat in the box seat and knew exactly what to do when I asked the question.  I just had to give her a reminder to put the result beyond doubt.”

In Kentucky, More Than Ready parlayed a Group 1 double at the recent Breeders’ Cup Championships into a successful Keeneland November Sale that concluded on Saturday.

The Vinery champion’s Group 3 winning daughter Tammy The Torpedo was sold for $1.65 million to Japanese breeder Dr Masatake Iida.  She had won the Suwannee River Stakes and Violet Stakes before her first cover in March returned a positive to War Front.

More Than Ready had 8 foals average $215,000 topped by a filly from Irish-bred mare Girluphigh (Unbridled’s Song) for $360,000.  The dam is a half-sister to Santa Anita La Canada Stakes-Gr.2 winner Striking Dancer. 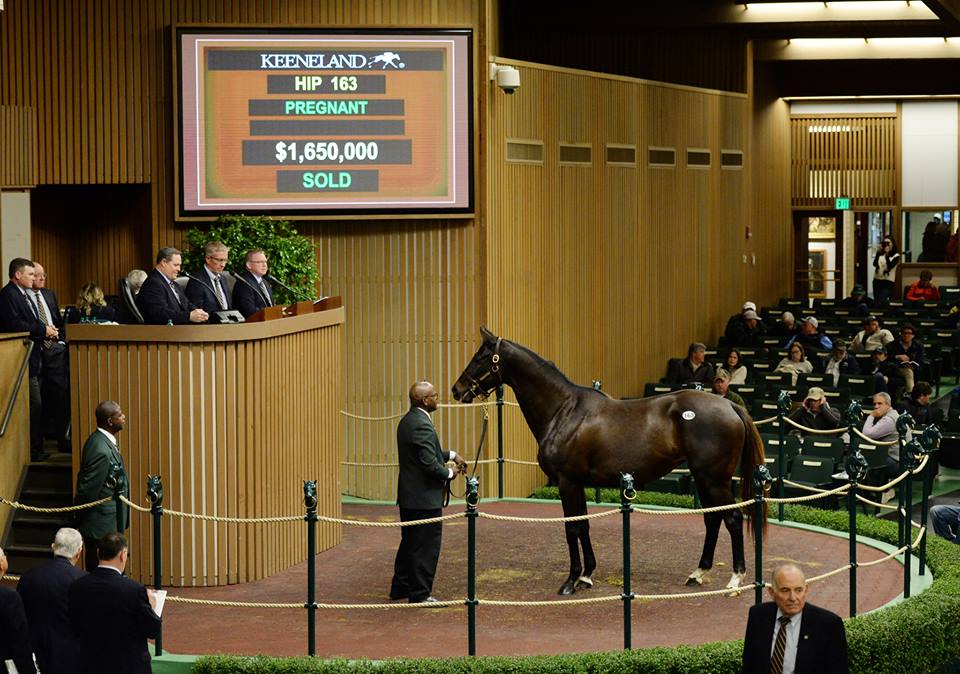 TAMMY THE TORPEDO
Millionaire mare moves to Japan via Keeneland