A More Than Ready colt made the Top 5 leader-board during the opening session of the Keeneland September yearling sale on Monday.

He opened proceeding early on Day 1 with a filly out of Union Flag (Belong To Me) that made $310,000 to the bid of agent Mike Ryan.  She is the second foal of an unraced half-sister to G2 Louisiana Derby winner Revolutionary (War Pass).

The second More Than Ready filly through the ring was knocked down for $350,000 to Let’s Go Stable.  She is first foal from Bahama Bound (Empire Maker) who was Group 2 placed at Aqueduct.

Let’s Go Stable managers Bryan Sullivan and Kevin Scatuorchio have enjoyed a remarkable record with More Than Ready yearlings at Keeneland.  Their previous Group 1 graduates include Verrazano ($250,000 in 2011) and Daredevil (260,000 in 2013).

Scatuorchio began the More Than Ready success story back in 1998 when he paid $187,000 for the Vinery champion at the Keeneland September Sale.

The fourth and final More Than Ready to change hands on Day 1 will also race for Sheikh Mohammed after Ferguson paid $250,000 for the colt from Delizia.  He is a half-brother to stakes winners Zeewat (Harlan’s Holiday) and Henny Jenney (Henny Hughes).

The burgeoning More Than Ready sireline has upped the ante for his sons at stud and Darley got in on the ground-floor with its two colts for a combined spend of $1 million on Monday.

Coolmore Stud paid multi-millions for a stake in Verrazano after the colt won his first two starts by a combined margin of 24 lengths at Gulfstream Park in February 2013.  He is currently covering a first southern-hemisphere book in the Hunter Valley. 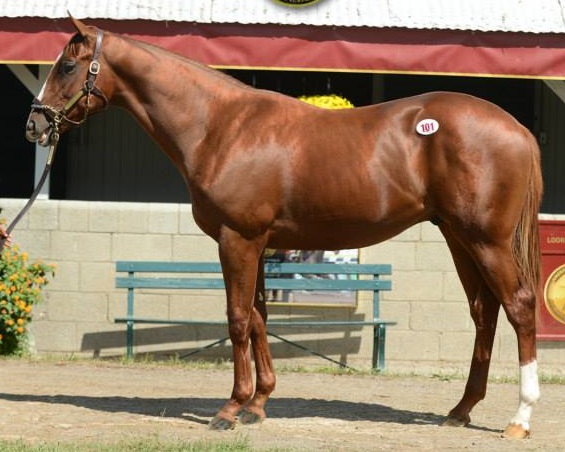