Free Of Debt returns to action after being sidelined for 10 months in the G3 Manfred Stakes (1200m) at Caulfield this Saturday.

The Chris Bieg-trained 3yo has opened at $12 in a market headed by spring stars Dalasan and Super Seth. He worked on the course-proper at Caulfield last Sunday and impressed onlookers with a sharp gallop under Jye McNeil.

“Jye is quietly confident that fitness-wise we’ve got him where we want him,” Bieg said. ”Behaviour-wise he was spot-on, nice and keen and fresh, so it’s all good heading into Saturday.

“We will see how he goes second-up in the C S Hayes and then push through to the All-Star Mile if we’re looking like getting the votes to get in. If he comes out on Saturday ultra-keen and Jye says we might be a year early for the All-Star Mile, we will set him for the Newmarket Hcp.

“It’s a Group 1 and he will get in with no weight so it could be a genuine option.”

Free Of Debt was bred by Greta West Stud and is already assured of a start at stud after being purchased by Aquis Farm prior to last year’s G1 Golden Slipper. He travelled to Sydney following wins at Morphettville and Flemington before a brave third in the G1 Blue Diamond Stakes at Caulfield.

He was the victim of interference in the Golden Slipper and sustained an off-foreleg injury when galloped on at the 800m pole. He was beaten 15 lengths after being eased down and hasn’t faced the starter for 315 days.

Free Of Debt (3c Unencumbered – Stagerush by Giant’s Causeway) has a half-sister by Master Of Design catalogued by Greta West Stud as Lot 109 at the Adelaide Magic Millions Yearling Sale. She will be sold through the Phoenix Farm draft on March 10.

Stagerush was a Sandown winner for Limerick Lane and was bought by Greta West Stud as a broodmare prospect for $22,000 at the 2009 Inglis Great Southern Sale. She was covered in October by G1 Stradbroke Hcp winner Impending (Lonhro) who stands at Darley Victoria in Seymour. 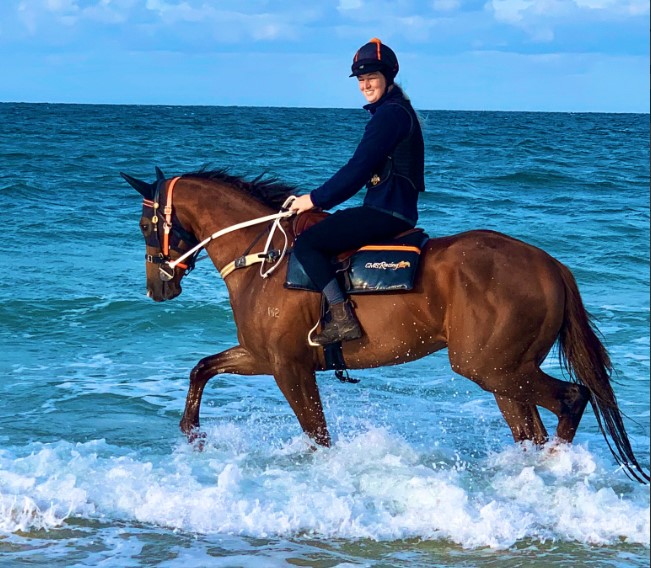