Victoria’s 2021-22 Champion-elect Jye McNeil is flying to Queensland for a holiday on Tuesday after extending his lead on the jockeys’ table when booting home Big Apple at Caulfield on Saturday.

McNeil (75 wins) holds a premiership-winning lead over Jamie Kah (57 wins) heading into the last week of the season.  “I was in an awkward spot but he relaxed and it was probably an advantage to be away from the fence on a Soft 6,” McNeil said.  “He was peaking near the finish but already had the race won.”

“We were concerned when the track deteriorated but he had been working well at home and accelerated nicely today,” stable rep Tahnee Lee said.  “It was his first time over 1200m in a Saturday city race and he thoroughly deserved the win.”

Big Apple had won a Wangaratta maiden earlier this season and had been placed at Mornington, Sandown and Caulfield before going out for a six-month spell.

His dam Antique was bred by Lex & Shirley Piper and sold to Peters Investments for $130,000 as a yearling in 2001.  She carried the cerise and white silks to wins at Ascot and Sandown and has been a dominant force as a broodmare with 8 Stakes winners in two generations under her name on the catalogue page.

There have been 12 individual winners sired by Manhattan Rain since Geisel Park announced his transfer to WA on May 25.  The majority have been in Victoria like Big Apple and fellow Caulfield winner Jigsaw plus Hong Kong winner Turf Brilliant.

Manhattan Rain (Encosta de Lago) has sired a total of 203 individual winners and a significant 13% of them are black-type performers led by G1 Golden Slipper Stakes winner She Will Reign.  His yearlings averaged $65,000 at the majors this year and he will stand for an $8,800 (inc GST) service fee at Geisel Park. 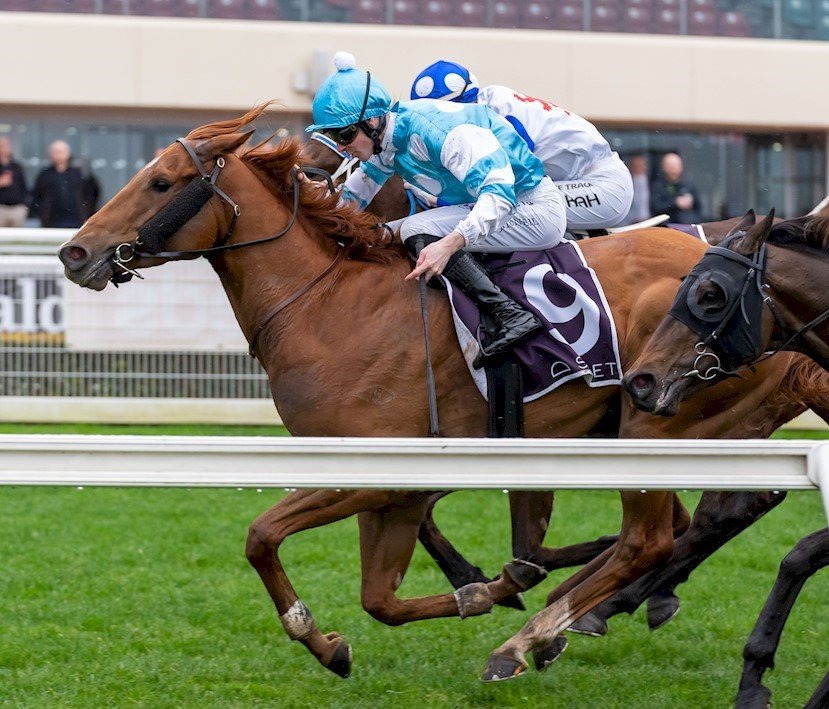