Owner-trainer Gail Cox wasn’t surprized when Ready To Repeat set sizzling fractions for a commanding victory in the Victoria Stakes LR at Woodbine on Saturday.

The precocious 2yo nearly broke a track-record winning his maiden last month leading into a trouble-free black-type result for his sire More Than Ready (USA).

Ready To Repeat is the 203rd stakes winner by the Vinery legend and there’s more where that came from later this year.  “He’s always trained well,” Cox said after the two-length romp.  “Mentally, he’s little bit immature.  Everything is a big game but blinkers have made a difference.”

The Kentucky-bred youngster holds a Breeders’ Cup engagement for Keeneland in November.  He clocked 55.60s winning second-time out over 1000m on Woodbine’s turf circuit and 63.53s for 1100m around the main track on Saturday.

“He broke a little bit slow but it’s very windy today and that probably affected him,” jockey Luis Contreras added.  “When I asked him, he responded right away.  It’s a great feeling – just like a sports car.”

More Than Ready sired him from Monmouth Park stakes-performer Christine Daae (Giant’s Causeway).  She is owned by Stonestreet Thoroughbreds and is also the dam of Japanese winner A Shin Vision (Lonhro).

Ready To Repeat could be the first-leg of a juvenile double for More Than Ready this week.  His Irish-based colt Ides Of August has been nominated for the Turos Stakes LR at Leopardstown this Thursday.

Ides Of August returns to the Dublin track after winning a 2yo maiden there in June.  Trained by Ger Lyons for owner-breeder Maurice Regan, he will be pitted against a strong team from Aidan O’Brien who is gunning for a seventh Turos Stakes win in a row! 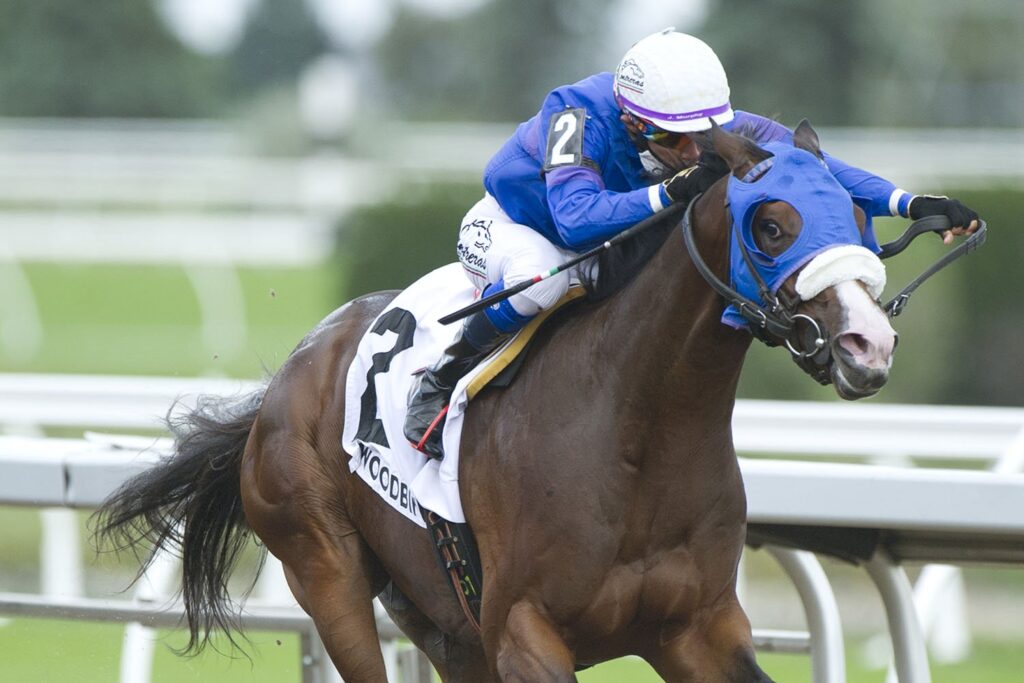