Canford Cliffs (Ire) sired his 5th stakes winner with Princess Asta in the Listed Bayerischer Fliegerpreis (1300m) in Munich.  Krefeld-based trainer Mario Hofer had sent her to France for placings at Saint-Cloud and Deauville earlier this year before she broke her maiden at home in July.

Locally, Canford Cliffs colt Hay Bale is a last-start Warrnambool maiden winner backing up at Bendigo this Wednesday.  Trainer Robbie Griffiths has pitched him into a much stronger field in the Bet365 3YO Hcp (1300m).

Blue Gum graduate Smiling Glory made amends for an opening day loss with a front-running victory in the Huizhou Hcp (1200m) at Sha Tin.  “His first-up run was pretty good actually and he was only going to come on for it,” jockey Dougie Whyte said.  “The feel he gives you is all right and he has a nice action.  He got a bit hot last season but held it together mentally today.”

Smiling Glory (Stratum) was bred and sold by Blue Gum and partners for $80,000 at the 2014 Inglis Melbourne Premier yearling sale.  He was purchased by pinhook specialists Lyndhurst Farm and appreciated sharply when making $260,000 later that year at the NZB 2YO Sale. 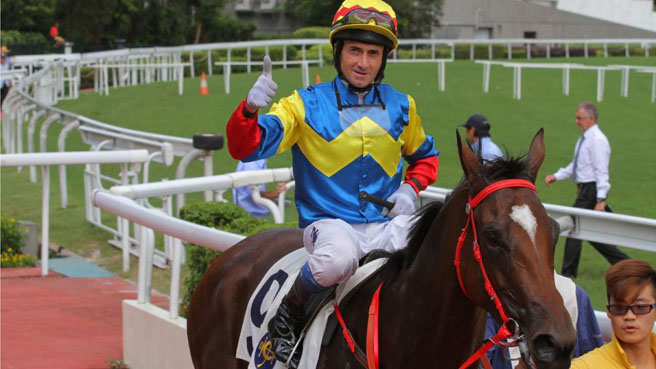