Making his debut in the Rotary Bisley Farm Hcp (1200m) at the Sunshine Coast on Sunday, Vidarr was perfectly placed behind the pace and then took an inside run when the leader drifted off the rails rounding the home turn.

Settling down to a duel with Miss Amigo in the straight, he kept lifting like a nice type to defeat the odds-on favourite by a long head.

Bred by Wamuran-based Brian Smith at Waylon J Stud, he is the final foal of unraced mare Positive Surprise.  Smith bought her from Baramul Stud at 2013 Magic Millions National Broodmare Sale in foal to Pluck.

Chayse ‘n’ Mason is another Queensland-bred Pluck winner this season.  He’s on a hat-trick after a 6 length victory at Bundaberg on September 3.

Pluck (More Than Ready) won the 2010 Breeders’ Cup Juvenile at Churchill Downs and is off to a great start at stud standing alongside his sire at Vinery.  There were 8 individual juvenile winners in his first crop and no other Australian freshman sired more in 2015-16. 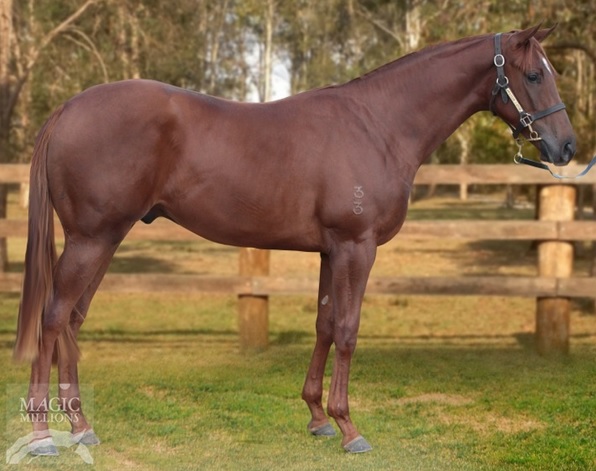