Vinery sold two of the four yearlings by Siyouni (Fr) at the Inglis Easter Sale this week and they were both purchased by former Port Stephens Mayor Bruce MacKenzie.

Siyouni (Pivotal) is the reigning Champion sire of France and MacKenzie paid $340,000 for his filly from Rosey De Geneve (Lot 52) on Tuesday.  He backed that up with another $250,000 for the colt out of Indiana Wells (Lot 348) on Wednesday.

MacKenzie (pictured) was renowned for calling a spade a shovel during decades of service to the Port Stephens community but he was happy to sit down and listen when Vinery’s bloodstock manager Adam White gave him the lowdown on Siyouni.

“I didn’t know much about the stallion but Adam is a top man and he recommended Siyouni.  The filly is gorgeous and I reckon she was worth twice the price.  She looks a strong, forward type although I don’t usually like racing horses too early.

“There’s a bit more scope to the colt who is out of a Sadler’s Wells mare.  His older brother (Baha Mar) didn’t race at two and won a 3yo maiden over 2000m at Chantilly last month.”

Both of MacKenzie’s buys were covered by Siyouni to southern-hemisphere time at Haras de Bonneval in Normandy when he stood for €75,000 (AUD119,225).   They were bred by Berend Van Dalfsen and foaled out here in September 2019.

Siyouni was a 2yo Group 1 winner of the Prix Jean-Luc Lagardere at Longchamp and he claimed a hat-trick of French 2yo titles prior to the General championship in 2020.  His service fee has almost doubled to €140,000 (AUD217,870) this year.

“He’s been a great stallion and he’s had good exposure down here,” White said.  “He’s had five Australian runners for four winners headed by Aylmerton in the 2018 Todman Slipper Gr.2.  That’s a huge effort and Pivotal is a renowned early-running sireline.”

MacKenzie’s Siyouni yearlings will join several other Vinery graduates among a dozen horses he has in work with various trainers and they are all registered with ‘Oakfield’ in their names.

Oakfield Arrow is a 3yo filly by Vinery sire Press Statement and she won second time out at Muswellbrook in January.  She is trained by Kristen Buchanan and is a half-sister to Group 3 winning mare Winter Bride.

Oakfield Paperbark is an unraced 2yo filly by Sebring from Proud Miss Stakes Gr.3 winner Runway Star (Northern Meteor).  She was sold by Vinery for $250,000 at last year’s Inglis Easter Yearling Sale.

MacKenzie also bought the top-priced filly at this year’s Inglis Classic Sale when paying $450,000 for the Zoustar – Empress Zakynthos yearling from Uralla vendors Justin and Samantha Clarke.  She is from a half-sister to Hong Kong Stakes winner Divine Ten.

At 82, Bruce may be retired from council duties but he’s still up at 5am to feed the horses and oversee a busy schedule that includes his commercial and agricultural property interests.

Unfortunately, due to COVID-19, MacKenzie has been unable to attend race meetings and that meant missing several of his charges saluting in recent months.  “It’s a hobby for me.  I’m not in it just for the money.  I would love to own a big cup winner but it’s not a priority.

“There is no better feeling than watching your horse flash past the post a winner.” 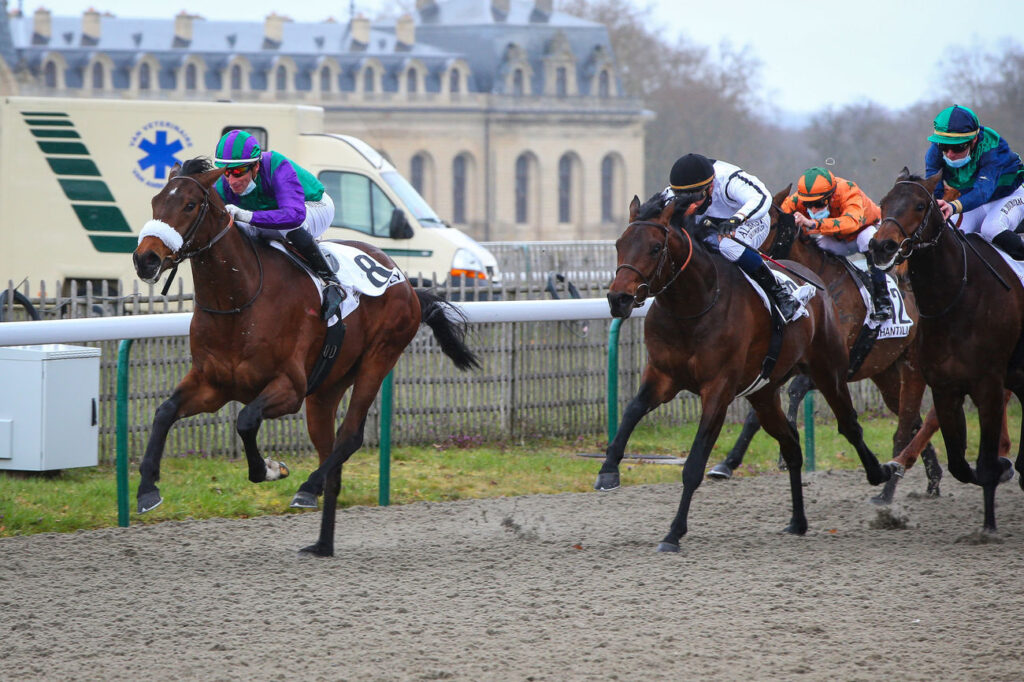