Man Booker has returned to racing in a blaze of glory with a last-to-first victory in the LR Birthday Stakes (1200m) at Belmont.

It was Man Booker’s first appearance in Perth since finishing fifth in G1 Railway Stakes (1600m) at Ascot last November. In the interim, he travelled interstate for the first time to claim the LR Eye Liner Stakes at the Queensland winter carnival in June.

Man Booker brought up a double for Giles. She also bred Red Can Man (Gingerbread Man) who won earlier on Saturday at Belmont.

“He’s been working extra well and I was happy and relaxed coming here today,” Morton said. “He didn’t trial and is still a few runs away from being completely screwed down. I believe there’s a Group 1 in this horse.”

Man Booker has been a factor at Ascot summer carnivals since winning the G2 WA Guineas in 2015. He added a G3 Northerly Stakes last year before that fifth in the Railway.

Morton will space his runs three weeks apart heading towards the G1 Winterbottom Stakes (1200m) at Ascot on November 30. The last local to win Perth’s million-dollar sprint was Magnifisio in 2014.

A booking mix-up meant Willie Pike was aboard the winner instead of Peters Investments race-favourite Stageman. “I was a bit worried when he got a split in front of me with the light weight,” Pike admitted. “But it was a great win by my horse. He flew from the back and I was only hoping he wouldn’t peak without a trial.” 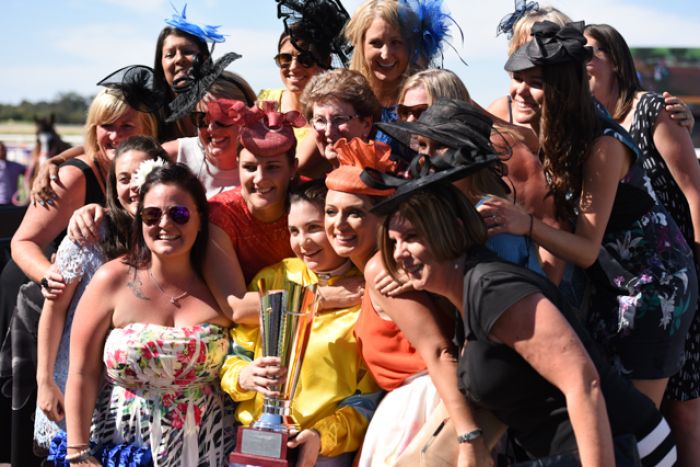