Group 1 trainer Annabel Neasham can keep getting the best out of Headwater’s progeny at her new northern base on the Gold Coast.

She rejuvenated Headwater’s chief-earner Wisdom Of Water to win the $1million Magic Millions QTIS Open (1300m) at the Gold Coast in January.  He had won a Ken Russell Memorial (Gr.3, 1200m) as a 2yo on the Coast but lost form after transferring to Melbourne last year.

Neasham’s next project is Manhood and the 3yo colt is ready to race first-up after previous trainer Michael Costa signed a Dubai contract with Sheikh Ahmed bin Rashid Al Maktoum.

Manhood bolted in when making his debut at the Gold Coast on Boxing Day, however, his initial campaign was cut short when chiropractic treatment was required for sore hindquarters.  “He’s a beautiful colt and one of my best horses in training,” Costa said.  “He had a setback early on and we had to be patient.  It was like having a Ferrari parked in the garage!”

Manhood is the first foal of My Miss Pedrille (Lonhro) who is a full-sister to ATC Chelmsford Stakes Gr.2 winner O’Lonhro.

Headwater has sired a trio of promising 3yo winners in the last week with Inundation (Pakenham), Ever Bella (Canterbury) and Destiny’s Bounty (Warwick Farm)

Inundation caught the eye winning first-up at Mornington last month and he was just as impressive doubling up last Tuesday.  Trainers Mick Price and Michael Kent jnr would have expected as much from the $1.20 favourite in the Ultrasigns Hcp (1000m).

“His ears were pricked a long way out and he put them away with a few gears in reserve,” stable foreman Ben Elam claimed following the three-length win.  “He was in a good rhythm and knuckled down like a horse looking for a better test.

“He’s matured and has come to hand winning both starts this time in.  Mick & Michael will have something planned on what we’ve seen so far and we could be looking towards to the spring.”

He was purchased by NZ-based Byerley Park trainer Jenna Mahoney for $30,000 at the Magic Millions 2YO Sale in November 2020 and returned across the ditch with new owners after two runaway trials wins at Te Rapa and Avondale.

On Wednesday, Ever Bella responded to a perfect rails-ride by Nash Rawiller to take out the Ranvet Maiden Plate (1100m) at Canterbury.  She was resuming from a five-month spell but trainer Matt Dale was confident of a successful return and that how it panned out with a power-packed one-length victory over Arch Of Titus (Snitzel).

Ever Bella (3f Headwater – Bella Demure by Beautiful Crown) was bred by Altena Lodge owners Robert & Erika McGraw and races for a syndicate managed by Gordon Henderson.  “She’s improved physically and mentally and I was pleased to see her settle in the field for Nash today,” Dale said.  “She’s in a nice head-space now.  We gave her a trial at Warwick Farm to teach her to relax instead of being ridden for speed like her first prep.

“That’s given her another dimension and she’s just run through the line beautifully.”

Rawiller was also aboard Destiny’s Bounty when the John O’Shea trainee continued the strong run of form for the Hawkesbury barn at the Warwick Farm Queen’s Birthday meeting on Monday.  “Once sent to the front, there was no catching him,” O’Shea said after the Fujitsu Maiden (1200m).  “Nash eased up on the line and he will progress through his grades this preparation.”

Destiny’s Bounty is a homebred for the Connors family and carries the same Headwater – Lonhro cross as Manhood.  They also have his unraced 2yo half-sister Independent Scoop (Press Statement) with O’Shea and their mare Pretty Belle was bred back to Headwater last year.

Headwater (Exceed And Excel) won titles in his first and second seasons at stud and he’s back in the mix for third-crop honours this season for winners (69), wins (98) and prizemoney ($4.35million) led by chief earner Wisdom Of Water ($686,450). 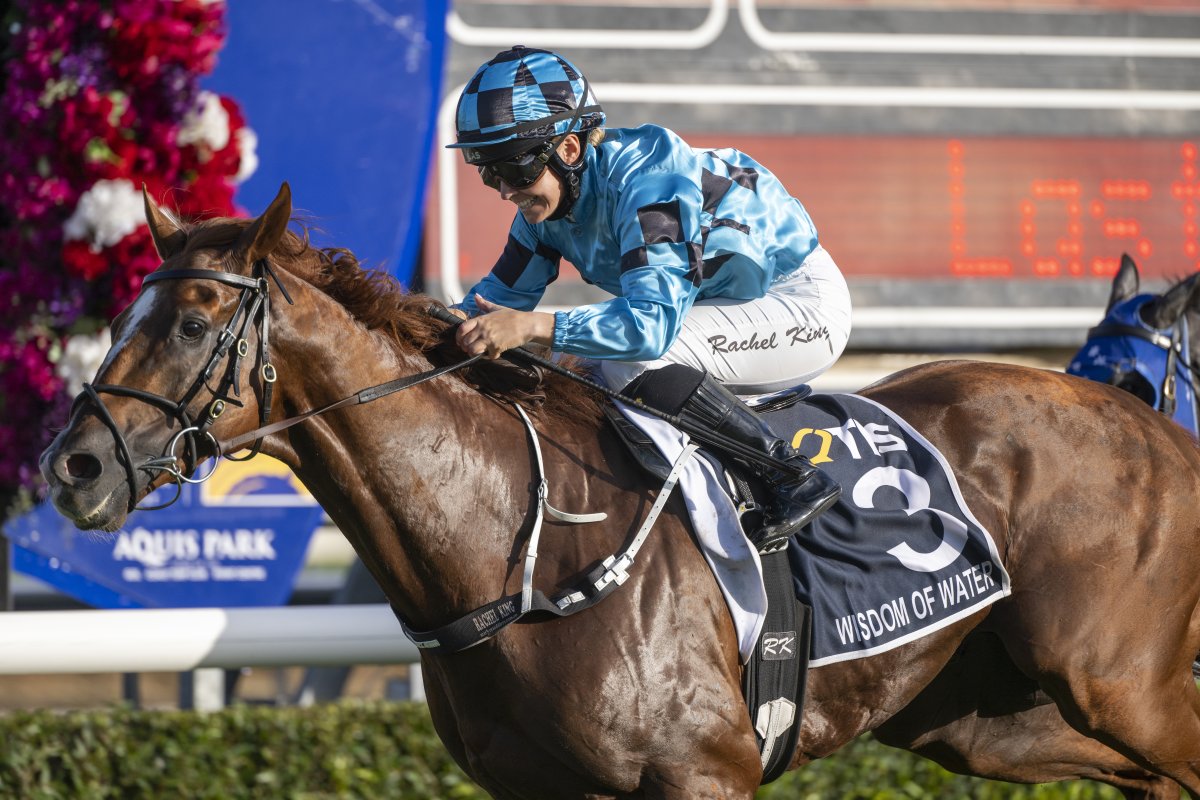