Star Turn filly Me Me Lagarde has added more firepower to Vinery Stud’s arsenal for next month’s Magic Millions Guineas on the Gold Coast.

Me Me Lagarde overcame a leader-biased track with a powerful finish in the Gold Edition Plate (LR, 1200m) at Eagle Farm on Saturday.  Coming off a first-up victory Doomben last month, she joined in late and extended the winning margin to more a length from a wall of horses vying for minor black-type.

Runner-up Far Too Easy was denied a hat-trick but the All Too Hard 3yo was far from disgraced while Star Turn fillies Miss Hipstar (fifth) and Sonnet Star (sixth) were competitive in another strong renewal of the Gold Edition.

Vinery sires have three candidates at the head of markets for the Magic Millions 3YO Guineas (RL, 1400m) on January 15.  Randwick Group 2 winner Jamaea (Headwater) is an equal $7 favourite for the $2million sales-related feature while Me Me Lagarde ($11) and Far Too Easy ($15) both firmed on Saturday.

Me Me Lagarde (3f Star Turn – Roedean by Flying Spur) is trained by Toby and Trent Edmonds for owner-breeder Gerry Harvey.  “You would go a long way to see another run like that today,” Toby said.  “This track is very firm and it’s been on-speed.  But she came from well back and put them away.

“I told Gerry it was time for blinkers.  She is a very laid-back filly and we’re getting towards the pointy end of her prep for the Magic Millions.  They’ve been a big addition.”

Me Me Lagarde failed to reach at $75,000 reserve as part of the Baramul Stud consignment to the 2020 Gold Coast Magic Millions.  Her dam Roedean has a yearling colt by Astern and a colt on the ground by All Too Hard.

Earlier on Saturday, Star Turn filly Star Espresso notched her first city-class win in the GJ Civil Hcp (1100m) at Gawler.  Trained by Chris Bieg at Morphettville, she camped on the leaders and was dominant despite drifting to the centre of the track in the straight.

Star Espresso had won a Clare maiden last month but has to be presented at just the right time according to jockey Dom Tourneur.  “It wasn’t ideal at Clare.  She got to the lead and didn’t know what to do.  Then we got run down here last time after she hit the front too soon and floated.

“She started pulling up again today and should have won by three or four lengths.”

Star Espresso was bred and sold for $36,000 at the 2020 Adelaide Magic Millions by Little Hills Pastoral owners Geoff and Chris Tucker.  Her dam Klatch (Anabaa) boards at Barador Stud in the Hunter Valley and, after a year off, is in foal to Headwater.

Star Turn is a Top 3 stallion on the Australian second-season sires’ premiership this season with 21 winners of 28 races for prizemoney of $1.21million.  He has a dozen yearlings entered for the Gold Coast Magic Millions including Lot 488, the colt out of Secover (Danehill) from Gerry Harvey’s NZ-based Westbury Stud.  His older half-sister Palisades (So You Think) can complete a running double in Harvey’s blue and white colours at Scone on Tuesday. 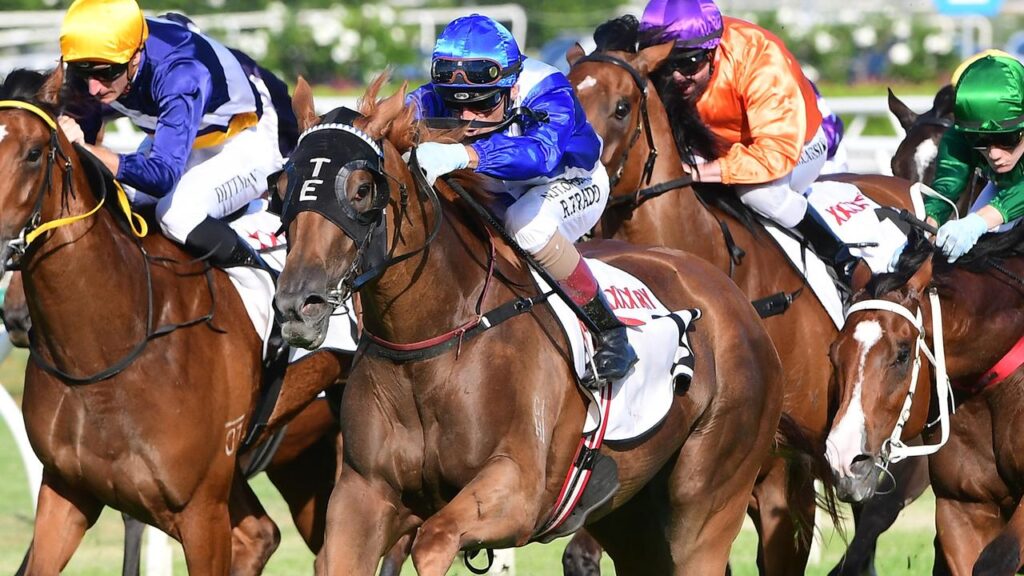