More Than Ready’s relentless strike-rate at stakes level has elevated him to legendary status in the last 12 months.

The Vinery champion has sired 13 new black-type winners in that time and, at that rate, will overtake Storm Cat and Mr Prospector on the all-time sires’ list before the end of this year.

More Than Ready begins his latest southern book at Vinery today after covering 118 mares for 111 pregnancies in Kentucky earlier this year. 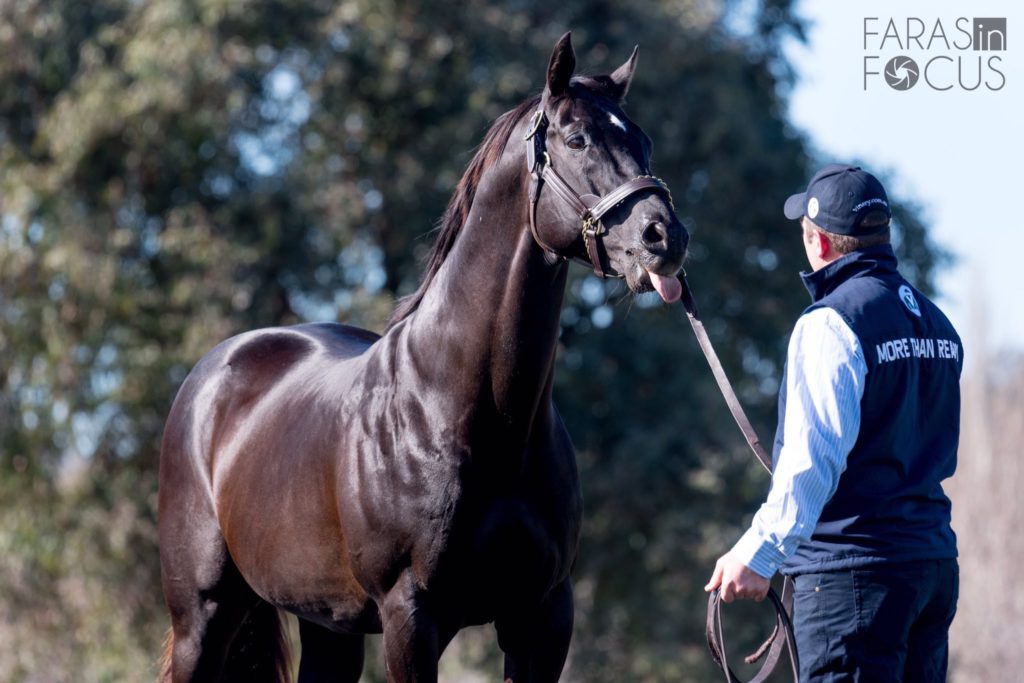 Age is obviously no barrier and he paraded like a young bull that belied his years at Vinery last weekend.

“Has the Fertility & Virility of a 10yo” and “Seems to get better with age” were just some of the tweets shared after the open days.

More Than Ready (pictured) sired his 163rd black-type winner with Made You Look in the With Anticpation Stakes-Gr.3 at Saratoga on 31 August 2016.  Exactly a year later, that figure rose to 175 when Catholic Boy won the latest With Anticipation Stakes on Wednesday.

More Than Ready made his name at Saratoga winning the King’s Bishop Stakes-Gr.1 in 2000.  Catholic Boy was his third stakes winner at the Spa in August following Copper Bullet (Saratoga Special-Gr.2) and Ginger N Rye (Smart N Fancy Stakes-LR).