More Than Ready colt Tom’s Ready split runners to win his first start since the Kentucky Derby in the G2 Woody Stephens Stakes (1400m) at Belmont Park on Saturday.

The Dallas Stewart trained 3yo is the 160th stakes winner by More Than Ready and he broke through just hours after the Vinery champion sired his 19th Group 1 winner in the Queensland Derby.

Stewart has Group 1 plans for Tom’s Ready later this year.  “I will freshen him up and point towards the King’s Bishop Stakes at Saratoga and Breeders’ Cup Sprint at Keeneland.  He was back to a sprint today and we also took off the blinkers.”

The Woody Stephens was his first one-turn outing since winning a Churchill Downs maiden last September.  He went on the Kentucky Derby trail earlier this year with placings in the G3 Lecomte Stakes and G2 Louisiana Derby but didn’t fire back under the Twin Spires.

Dallas praised jockey Joel Rosario who weaved through the pack for victory on the G1 Belmont Stakes undercard.  “That was a great ride – it was just like Angel Cordero.  I took a shot taking the blinkers off because he looks around.  But he came running today.”

More Than Ready sired him from Goodbye Stranger (Broad Brush) who has also foaled west coast stakes performer Consulado (More Than Ready).  He was catalogued for the 2014 Fasig-Tipton Saratoga August yearling sale and made $145,000 to the bid of GMB Racing. 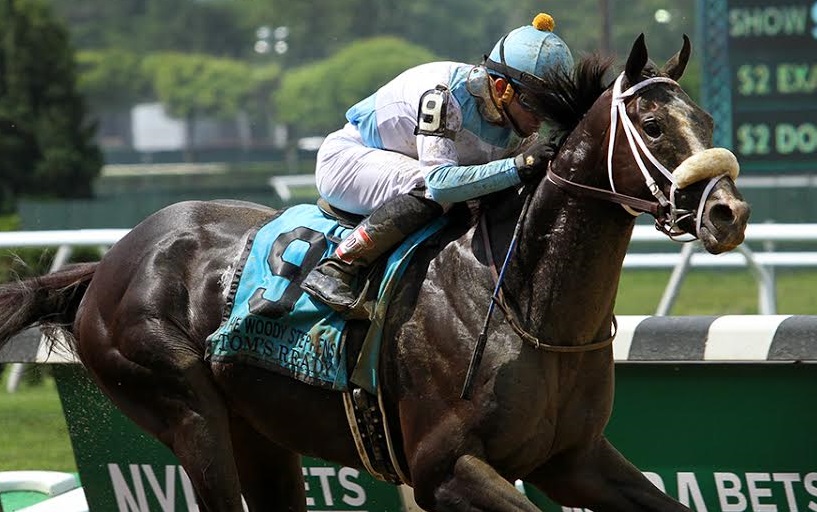