Musket filly Must Be Mink lived up to the hype that preceded her eye-catching debut in Launceston on Wednesday evening.

Must Be Mink (3f Musket – Di’s Angel by Racer’s Edge) sat three-wide without cover before taking control of the Autobarn Maiden Plate (1120m).  “She is a lovely filly and is nicely bred,” trainer Bill Ryan said.  “I told David (Pires) to ride her like she was the best horse in the race and that’s the way it worked out.”

Must Be Mink was a $60,000 buy for owner Kevin Wadley at the 2012 Tasmanian Magic Millions.  “We’ve always known she was well above average but had to be patient,” Ryan explained.  “She won a barrier trial by 7 lengths this time last year but then went shin-sore.”

The filly also suffered from a recurring throat infection but that didn’t stop connections backing her into a $2.20 favourite first-up.  “She’s a nice type and let down like a good horse in the straight,” Pires said.  “I went forward from a wide barrier and she relaxed in the run.  I can see her rising through the classes pretty quickly this season.”

Musket (Redoute’s Choice) is a three-quarter brother to Makybe Diva and he won up to Group 2 level in the Shannon Stakes at Rosehill.  He stands at Yarradale for an $11,000 (inc gst) service fee.

Geisel Park sold three yearlings by Musket at the 2013 Perth Magic Millions including a half-brother to its homebred LR Hannan’s Hcp winner Mr Vadim and promising Adelaide galloper Thidwick The Moose.  He is with Colin Webster and has been named Echo Romeo. 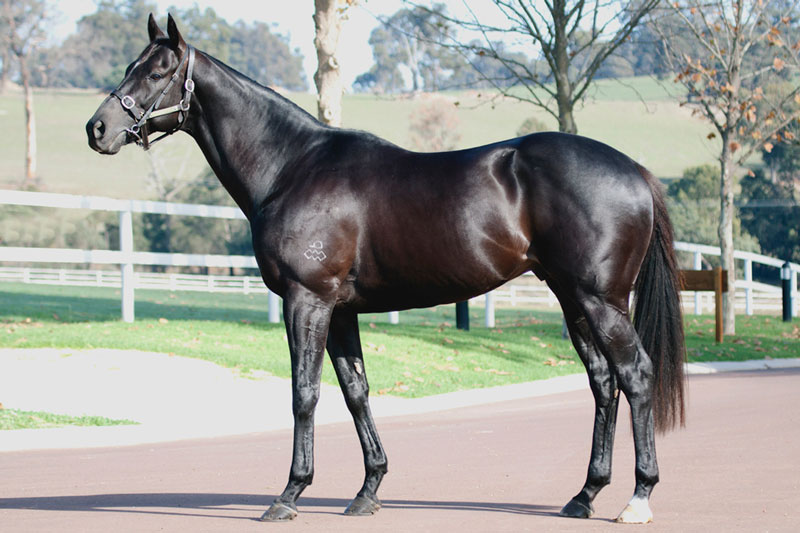