Rich Hill Stud has announced the death of its champion sire Pentire (GB).

The English-bred stallion was foundation sire at Rich Hill and subsequently made his mark at the elite level throughout Australasia and further afield.

“He was 25 but I thought he was going to live forever,” studmaster John Thompson said.  “He was still serving and so healthy and well.  We only ever had the vet to him twice.”

“We noticed after lunch on Monday he looked a bit uncomfortable and I got a bad feeling about it.  We got him to the clinic and the vets found a tumour had wrapped around the intestine.  They got him into recovery but he didn’t wake up.”

Pentire shuttled between Japan and New Zealand in the early years and, following two shuttle seasons to Germany, was permanently repatriated to Rich Hill in 2005.  He was represented by stakes winners in both Japan and Germany and winners in 24 other countries.

“It just won’t be the same around here without him, but his legacy will live on and Pentire is always going to be seen as a strength in any pedigree,” Thompson said.  “He’s had four Group 1 winners in the last two seasons and I’m certain there are more to come.” 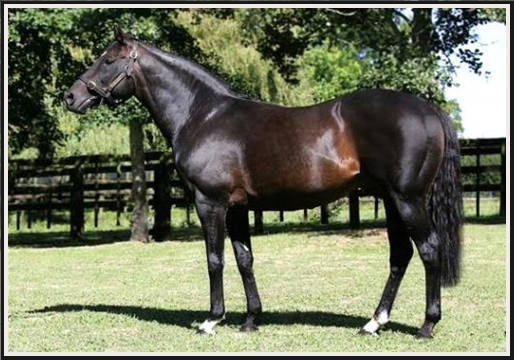