Olympic Glory (5h Choisir – Acidanthera by Alzao) was trained by Richard Hannon to win the G2 Superlative Stakes, G2 Vintage Stakes and G1 Prix Jean-Luc Lagardere as a two year-old.  His only defeat was behind Dawn Approach in the G2 Coventry Stakes at Royal Ascot.

At three, he won the G3 Greenham Stakes and was runner-up in the G1 Prix Jacques le Marois and G1 Prix du Moulin before easing to a three length victory in the G1 Queen Elizabeth II Stakes.

In his final season’s racing in 2014, Olympic Glory confirmed his class by winning the G1 Lockinge Stakes and putting up good efforts in defeat behind Cirrus Des Aigles in the Prix d’Ispahan and Kingman in the Prix Jacques le Marois.

He bowed out with another Group 1 triumph over Gordon Lord Byron in the Prix de la Foret at Longchamp in October.

The high-class sprinting son of Choisir is currently standing his first season at Haras de Bouquetot in France.  “Olympic Glory is a first class stallion prospect and is also a significant first step in Australia’s relationship with Sheikh Joaan,” Arrowfield Chairman John Messara said.  “We look forward to launching his southern hemisphere career with a strong book of mares.” 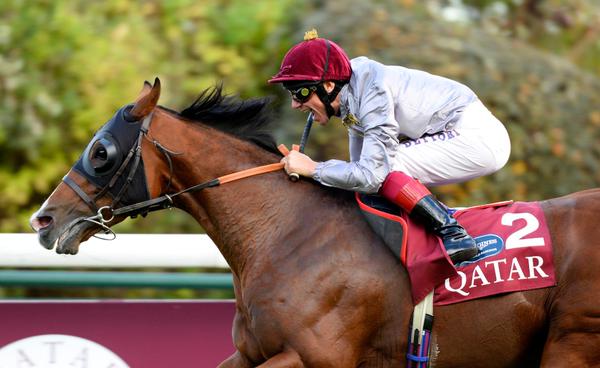